Pensions and Brexit: what next?

With the general election over and the Conservative party having won a firm majority in the House Of Commons, Prime Minister Boris Johnson is set to reintroduce the Withdrawal Agreement Bill to "get Brexit done". Given the changes in the House of Commons, it now seems likely that, this time, the Bill will be passed.

The Bill implements the UK-EU withdrawal agreement into UK law and makes associated provision in connection with the agreement. For example, it will amend the European Union (Withdrawal) Act 2018 to ensure that EU law continues to apply in the UK during the transitional period following the UK's withdrawal from the EU (which is expected to happen on 31 January 2020). The transitional period, referred to in the last version of the Bill as the 'implementation period', is intended to expire on 31 December 2020.

The European Union (Withdrawal) Act 2018 put in place the legal framework that would come into force in the event of a "no-deal" Brexit. The Act did not amend pensions legislation but regulations were made under it to ensure that pensions legislation would continue to operate as intended in the event of a no-deal Brexit (for example by amending away reference to EU institutions which would no longer be relevant post-Brexit).

Regardless of whether the UK experiences a no-deal Brexit or an implementation period which comes to an orderly end, there is unlikely to be significant legislation affecting pension plans as a consequence. However, pension plan trustees and sponsoring employers still need to be aware of the material implications of Brexit and to plan for them. We have prepared a checklist summarising some of the main implications, including brief commentary on the issues and where more information can be found. 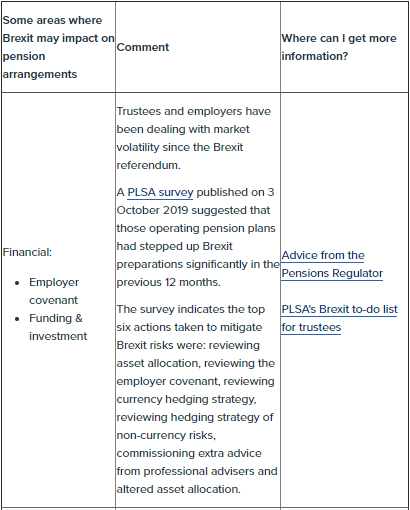 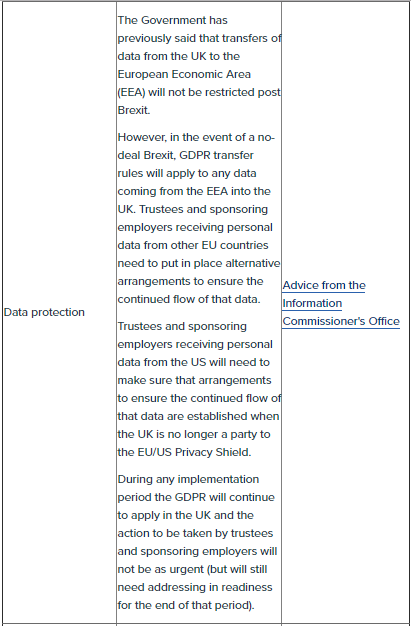 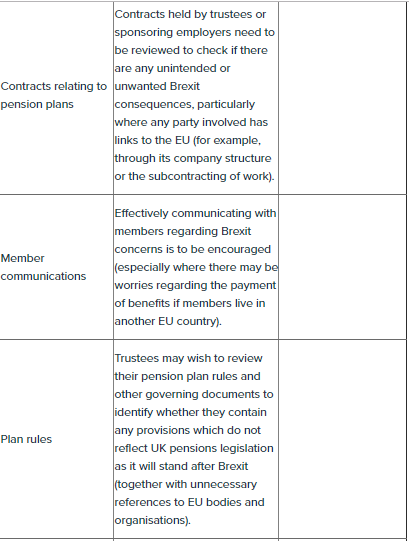 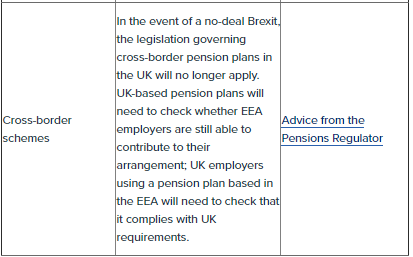 For more commentary please see our update. Although drafted in March 2019 when a "no deal" Brexit appeared more imminent, its comments are still relevant either in the event of a no-deal Brexit or at the end of any implementation period.