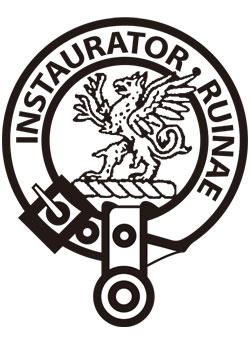 The principal legislation governing advertising content, whether editorial or substantive, is the Trade Descriptions Ordinance (the TDO). However, the TDO does not contain specific requirements for advertisers to disclose the influential content of editorial.

Advertising matter should be presented with courtesy and good taste in harmony with the programme with which it appears. No advertisement may contain any descriptions, claims or illustrations that expressly or by implication depart from truth or mislead about the product or service advertised or about its suitability for the purpose recommended.

If a licensee did not know and had no reason to suspect that the claims made in an advertisement were false or misleading and could not with reasonable diligence have been ascertained as false or misleading, the licensee is discharged from responsibility for it.

‘Puffery’, which must clearly communicate self-promotion in an honest and innocent way, is not culpable. However, the lines between ‘puffery’ and the mandatory support of advertising claims must be carefully drawn. Generally speaking, exaggerated claims made in common advertising practice are legitimate, provided that:

The general principle being that in the ordinary course of commercial dealings, a certain degree of ‘puffing’ or embellishment is expected and it is clear that any such ‘puffing’ should steer clear of any absolute statement capable of being regarded as objective assessment or comparative claim that is clearly not fanciful or non-comparative.

The Broadcast Codes prohibit any misleading claim or implication that the product or service being advertised or any ingredient of it has some special feature or composition that is incapable of being established. Care should be taken to not mislead viewers or listeners and to present results of research surveys or tests relating to the advertised product or service. Irrelevant data and scientific jargon should not be used to make claims appear to have a scientific basis that they do not possess.

Particular reference is made requiring that any pricing element or comparison must be accurate and not misleading by undue emphasis or distortion.

The TDO provides that a false trade description (which can include an oral statement), whether applied to goods or communicated in respect of the provision of services, ‘means a trade description that is false to a material degree, or a trade description which, though not false, is misleading, that is to say, likely to be taken for a trade description of a kind that would be false to a material degree’. For example, a cream that contains synthetic materials, such as preservatives, should not be described as ‘100 per cent natural’, and a beauty consultant should not tell a consumer that a slimming product has been acquired by a celebrity for his or her personal use with good results if that celebrity has never acquired or agreed to acquire the product.

The following factors can be used to help to identity a possible false trade description:

Misleading omissions can be as likely to constitute a false trade description as a misleading positive statement if the result does not give consumers sufficient material information about the goods or services that is necessary for them to make a fully informed transactional decision.

Examples of misleading omissions can be seen as:

The TDO further prohibits aggressive commercial practices defined as a practice that significantly impairs or is likely to significantly impair the freedom of choice of the average consumer or conduct in relation to the goods or services concerned through the use by the seller or service provider of harassment, coercion or undue influence and that therefore causes or is likely to cause a consumer to make a decision that he or she would not have made otherwise.

The TDO further prohibits bait advertising defined as an offence for a trader failing to offer specific products for supply at a specified price for a period that is, and in quantities that are, reasonable, having regard to: the nature of the market in which the trader carries on business; and the nature of the advertisement.

The TDO further prohibits ‘bait and switch’ defined as invitation to purchase a product at a specified price and then refusal to show or demonstrate that product and to demonstrate a defective example of it with the intention of promoting an actual different product.

The TDO further provides that liability under the Ordinance is attributed to certain classes of persons of a body corporate or of an unincorporated body if the offence is committed by the body corporate. The persons concerned include directors, company secretaries, principal officers or managers.

The Broadcast Codes require that any material in a licensed television or radio service designed to advance the sale of any particular product or service or to promote the interests of any organisation, commercial concern or individual must be legal, clean, honest and truthful and presented with courtesy and good taste without disparagement of competitors or competing products or services.

The Broadcast Codes require that all factual claims and best-selling claims should be capable of substantiation. Statements should not be used in respect of any products that they are ‘the best’, ‘the most successful’, ‘the safest’ or ‘the quickest’ or containing any similar use of superlative adjectives unless the truthfulness of such statements is adequately substantiated either by research or by testing based on the advertiser’s own assessment or by independently audited sales figures or probability sample surveys recognised or endorsed by an industry body or accepted under industry-wide standards of the relevant trade.

No advertisement may misleadingly claim or imply that the product advertised or any ingredient of it has some special features or composition that are incapable of being established, and information conveyed must be accurate and not misleading by concealing or failing to make clear significant facts.

The Broadcast Codes require that any best-selling claim must be substantiated by independently audited sales figures or industry recognised or endorsed body sample surveys of probability to ensure that the findings advertised are statistically significant, reliable and valid.

In particular, superlatives like ‘most popular’, ‘most preferred’, ‘most favoured’, etc, when used in a manner that clearly suggests a leading or topmost sales position, must be subject to the same standards of independent substantiation governing best-selling claims.

Consistent with the general requirement of truthfulness, reliance upon and reference to any survey should be supported only by thoroughly and responsibly conducted surveys.

The Broadcast Codes require that advertising matter should contain no claims intended to disparage competitors, competing products or other industries, professions or institutions.

The Broadcast Codes require that advertising matter should not use statements in respect of any products claiming that they are ‘the best’, ‘the most successful’, ‘the safest’ or ‘the quickest’, or containing any similar use of unsupported superlative adjectives involving comparison with other products or departures from strict truth. Advertisers must be prepared to produce evidence to substantiate any descriptions, claims or illustrations (including ‘best-selling’ claims).

The Broadcast Codes and the 4As Code contain specific restrictions upon advertising content for product performance.

The basic requirement of truthfulness and enforceability of the guarantee or related undertaking apply.

The Broadcast Codes require that visual and verbal presentations of advertisements indicating price, price comparisons or reductions or any pricing element must be accurate and must not be misleading by undue emphasis or distortion.

The TDO provides that, as referenced in question 17, trade descriptions are specifically prohibited if they are false and misleading representations concerning the price of goods or services. The word ‘free’ has been clearly identified for special attention as a word that should be handled with very great care and it is accordingly reasonably clear that ‘free’ from the consumer viewpoint means absolutely free of charge or cost.

Under the TDO, claims of newness or improved quality must be justifiably correct and capable of substantiation.