On November 20, the U.S. Environmental Protection Agency (EPA) released a prepublication version of its long awaited final Clean Air Act (CAA) Risk Management Program (RMP) “reconsideration rule.” Publication of this final rule in the Federal Register, which is imminent, will cap a regulatory process that began over two years ago. The final rule will rescind the majority of the Obama administration’s January 2017 RMP amendments to 40 C.F.R. Part 68. The Trump administration had initially sought to stay those amendments pending reconsideration, but its “delay rule” was vacated by the U.S. Court of Appeals for the District of Columbia Circuit (D.C. Circuit) in Air Alliance Houston, et al. v. EPA, 906 F.3d 1049 (D.C. Cir. 2018), making the Obama-era amendments effective.

Once published in the Federal Register, the RMP reconsideration rule will be effective immediately. EPA acknowledged that good cause exists for not providing a 30-day waiting period because most of the regulatory provisions in the rule eliminate future regulatory requirements instead of imposing new regulatory obligations that would require time to prepare.

While not exhaustive, the prepublication final rule takes the following actions to rescind or strike elements added by the 2017 RMP amendments. 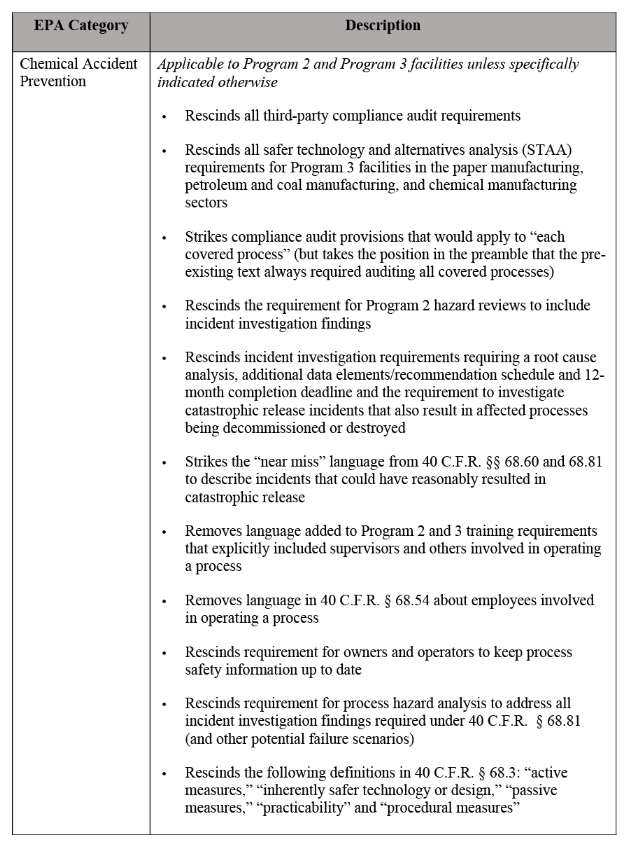 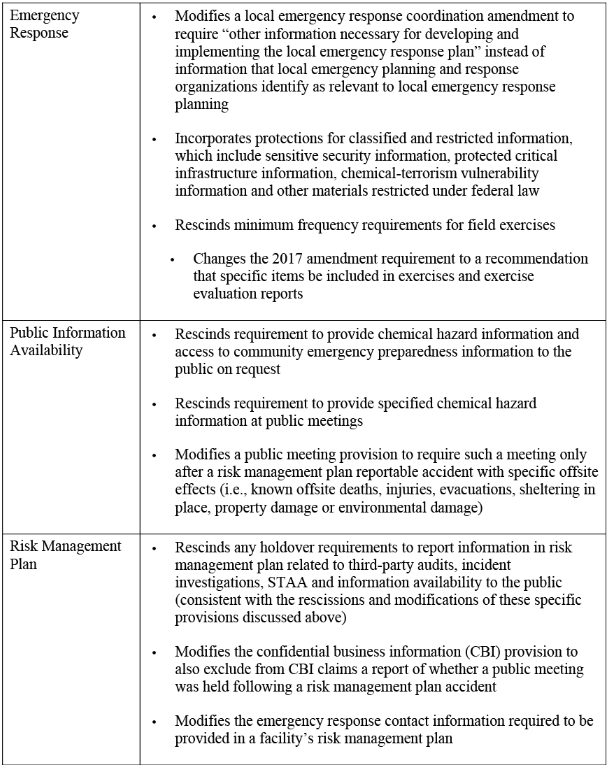 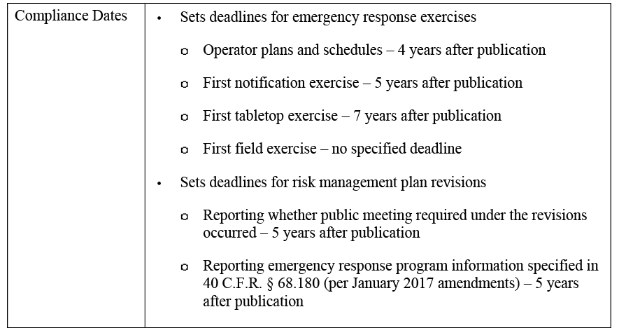 The prepublication rule retains various elements added by the 2017 RMP amendment rule, including those listed below: 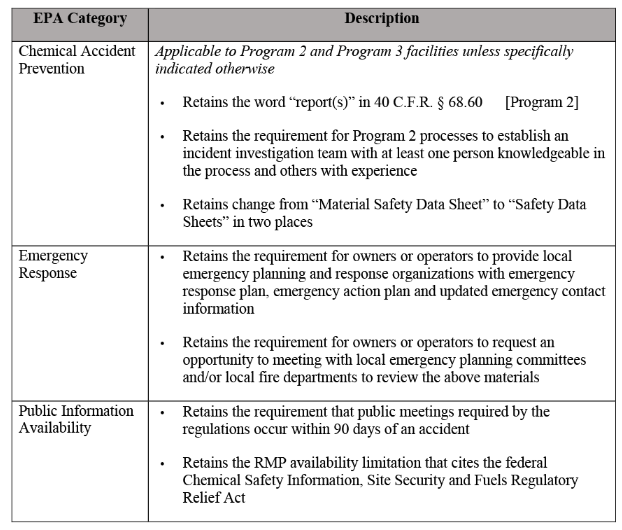 Though the RMP reconsideration rule is slated to be effective upon publication in the Federal Register, litigation may undermine the long-awaited regulatory certainty the reconsideration rule was intended to provide. Given the recent litigation in this area, there is a significant likelihood that stakeholder groups (blue state attorneys general, nongovernmental organizations and unions) will file petitions for judicial review in the D.C. Circuit to challenge the rule.