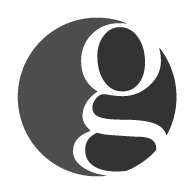 FATCA Reporting: FATCA is the Foreign Account Tax Compliance Act. It requires U.S. persons to report specified foreign financial assets to the IRS on Form 8938 with their U.S. tax return. The FATCA Form 8938 reporting form is due at the same time the tax return is due to the be filed. If a Taxpayer requests an extension for their tax return filing, FATCA reporting on the 8938 form also goes on extension. The IRS continues its aggressive enforcement of FATCA reporting. With more than 110 countries entering into FATCA Agreements and 300,000 (Foreign Financial Institutions (FFIs) on board, FATCA reporting is here to stay.

Unlike the FBAR, which has been around for nearly 50-years, FATCA is relatively new.

The Foreign Account tax Compliance Act was introduced as part of the HIRE Act.

As provided by the IRS:

“The HIRE act generally requires that foreign financial Institutions and certain other non-financial foreign entities report on the foreign assets held by their U.S. account holders or be subject to withholding on withholdable payments. The HIRE Act also contained legislation requiring U.S. persons to report, depending on the value, their foreign financial accounts and foreign assets.”

The purpose of FATCA Reporting is to reduce offshore tax evasion and dissuade people from trying to hide money offshore in overseas accounts. The rules require U.S. persons to disclose foreign financial accounts and foreign assets.

FATCA has become a harsh reality for millions of people. FATCA reporting impacts millions of U.S. account holders, who now must report foreign assets to the IRS each year on Form 8938.

FATCA Reporting is a complex area of law.

We tried to simplify the key components that impact U.S. person with an “individual” filing requirement

The FATCA Reporting Deadline is the same day a person’s tax returns are due to be filed, including extensions.

In other words, if a filers receives an extension to file their tax returns, the FATCA filing requirements for Form 8938 also go on extension.

The United States is one of only a handful of countries on the planet the taxes individuals on their worldwide income.

What does that mean?

It means that whether or not you reside in the United States or in a foreign country, you are required to report all of your US income as well as foreign source income on your U.S. Tax Return.

While you may be able to obtain a credit or exemption for the taxes you paid, or income you earned in a foreign country – you are still required to report the income on your US tax return.

Moreover, it should be noted that the foreign passive income you earned is also required to be identified on the FATCA Form 8938 (thresholds vary based on their U.S. Residency Status and/or marital and filing status).

Another similar form is called an FBAR (Report of Foreign Bank and Financial Account Form).

It is a form that is required to be filed by any US person who has ownership, joint ownership, or signature authority over a foreign account or group of accounts that in aggregate had more than $10,000 on any day of the year.

With FATCA Form 8938 (required to be filed by certain taxpayers), the person must have an interest in the account.

Therefore, if you merely have signature authority over an account, chances are you may not need to file the form.

Moreover, if your name is on the account but you do not have any interest in the account — that is something you should discuss with an experienced international tax attorney before completing the form.

With the FBAR, the $10,000 threshold requirement does not vary.

In other words, whether or not you are single, married filing jointly, or reside outside of the United States — the $10,000 threshold is still the same.

The FATCA Form 8938 is different. Not only must you have an interest in the account, but the threshold requirements vary — depending on whether you reside in the United States or in a foreign country, and whether you are married or single.

Not All Assets are Reported

Unlike the FBAR, which is mainly focused on items such as accounts an insurance policies, FATCA Form 8938 is more comprehensive. It requires reporting for ownership of certain assets, such as an interest in a business or foreign corporation.

The level of ownership of the foreign business, partnership, or corporation is important — because you don’t want to duplicate file the form 8938 and other forms (such as 8938 and 5471 or 8621).

Foreign Real Estate can get Complicated

If a person owns foreign real estate, whether or not they report the real estate will generally be determined by whether it earns any foreign income and/or whether the person is making interest or tax payments that they would like to deduct on their US tax return.

Foreign real estate is not directly reported on a FATCA Form 8938.

You Have to Report the Income as well

A form 8938 has multiple parts to it, but the introductory part asks the taxpayer to identify whether the accounts or assets listed in the 8938 (or 8938 continuation form) generates any income.

If it does, the individual is required to identify whether the income is capital gains, interest income, dividend income or any other type of income and how much was earned from those accounts.

(This information will also be included on other forms such as his or her Schedule B, Schedule D, Schedule E, or other tax schedule)

When a person receives a foreign gift or foreign trust distribution, they may be required to report it on a form 3520/3520-A

The rules are somewhat different for these two forms, but essentially the same (with the 5471 being much more commonplace for U.S. investors).

Moreover, the forms need to be filed annually, even if a person does not have to otherwise file a tax return

One of the most vilified type of financial assets/investments (from the U.S. Government’s perspective) is the infamous PFIC.

A PFIC is a Passive Foreign Investment Company.

The reason the United States penalized this type of investment is because it cannot oversee the growth of the investment, and/or income it generates. In other words, if a U.S. person invests overseas in a Foreign Mutual Fund or Foreign Holding Company — the assets grows and generates income outside of IRS and U.S. Government income rules and regulations.

As a result, the IRS requires annual disclosure of anyone with even a fractional interest in a PFIC (unless you meet very strict exclusionary rules).