Central Sydney Planning Strategy - what you need to know

In early December 2019, Rob Stokes (NSW Minister for Planning and Public Spaces) announced in-principle approval of the Central Sydney Planning Strategy, breaking a three year deadlock with the City of Sydney. Released in draft in 2016, the Strategy promises to shake up the skyline by delivering an additional 2.9 million m2 of commercial floor space in Central Sydney. The Strategy is expected to be adopted in its final form by the end of 2020.

Development proposals falling inside one of four mapped tower clusters will benefit from a new, streamlined planning pathway.

Proposals submitted through this pathway will not be subject to the ordinary site-specific planning proposal process. Under the new pathway, planning proposals that demonstrate design excellence will be eligible for up to 50% additional floor space and height. 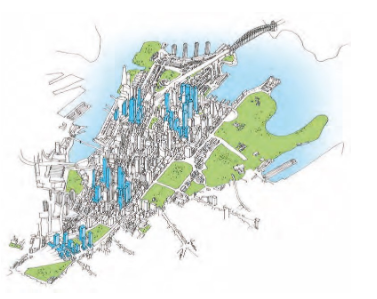 No more bonuses for residential accommodation

The decision to scrap the existing bonus for residential accommodation was a key compromise underpinning the agreement between the City of Sydney and the NSW Government. This decision replaces another proposal included in the 2016 draft Strategy which would have capped residential floor space at 50% in new builds over 55 metres.

The Department of Planning, Industry and the Environment expects that the decision to scrap the bonus will promote the supply of commercial floor space in the CBD.

The many different contributions extracted from developers will be consolidated into a single levy, calculated as a percentage of the cost of the development. This is intended to clarify and expedite the calculation and payment of development contributions.

Some commentators anticipate that the 1% development contribution levied under s61 of the City of Sydney Act 1988 (NSW) may increase to capture these other cancelled levies, an issue the development industry will keep a close eye on.

Increase in maximum height on the western edge

Existing and new build towers on the western edge of the Central Sydney planning area will benefit from an increase in their maximum height from 80 metres to 110 metres. 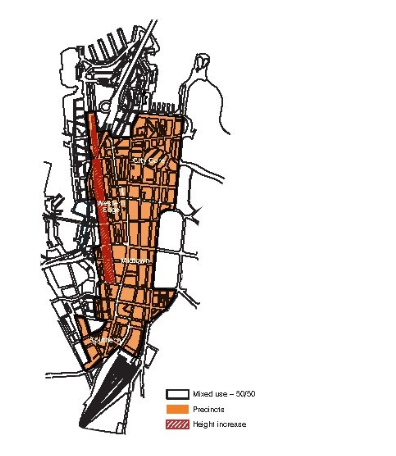 These significant changes to the planning environment in Sydney promise to dramatically increase commercial floor space offerings in the central city.