How Much Soda Can One Person Drink?

Is enough ever enough? Apparently not when you're expecting unlimited refills. That's the issue at the heart of a recent false advertising class action complaint filed in New York last week, in Arnaud v. NBCUniversal Media, LLC. The plaintiff alleges -- on behalf of a class of similarly situated individuals -- that he purchased the Coca Cola Freestyle Souvenir Cup at the Universal Studios amusement parks in Orlando, Florida. He paid a premium for supposedly "unlimited refills" of his favorite sugar-laden beverage, only to learn subsequently that a computer chip limited refills of the 16-ounce cup to once every 10 minutes. In other words, the defendant's product permits a purchaser to consume 6 pounds of soda per hour, which is not -- according to the plaintiff -- "unlimited."

The serious legal issue at play is whether a reasonable consumer would understand that there could be certain limitations on an "unlimited" product and whether the consumer would not have paid the premium price for an "unlimited" product had he or she known that it was restricted to 6 pounds of liquid per hour -- about the weight of a small newborn child or a fully grown chihuahua.

The defendant has not yet appeared in this action. At this point, we do not know the defendant's rationale behind the limitation (although one could imagine a few) or whether defendant disclosed this limitation. (Personally, I'd like to hear more about this computer chip!) We will be monitoring the developments, however, because, notwithstanding the somewhat comical nature of the facts, the case's potential implications for brands and advertisers are real. 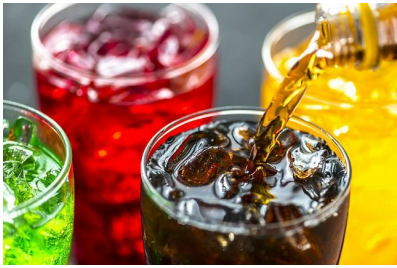