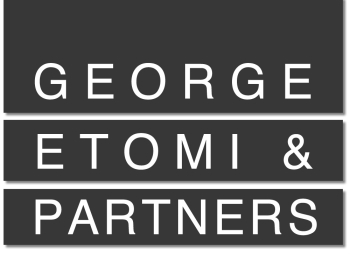 Nigeria does not import crude oil or gas as the demands for both are met from domestic production. However, Nigeria imports refined petroleum products of kerosene, diesel and premium motor spirit (PMS), since the country doesn’t have sufficient refining capacity to meet its fuel needs.

The open system account which was in operation prior to 2010, was a contractual method of importing refined products to meet domestic needs, where traders delivered fuel to Pipeline and Products Marketing Company (PPMC), a subsidiary of Nigerian National Petroleum Corporation (NNPC) in exchange for cash. However, with a debt overrun of over 3 billion dollars to fuel importers under the open system import account and local refinery capacity dropping to 20%, NNPC inevitably turned to swaps in 2010.

Between 2010 and 2015, the commercial model for crude oil trade was premised on the controversial oil-for-product swaps until NNPC signed its first round of Direct Sale of Crude Oil and Direct Purchase of Products (DSDP) contracts, worth up to 330,000 barrels of oil per day (b/d), in 2016[2].

Oil-for-product swap deals are the barter type arrangements for exchanging crude oil with the equivalent of refined products such as kerosene, premium motor spirit (PMS) and diesel used by NNPC in its crude oil trade deals. The 2016 DSDP contract replaced the Off-shore Processing Agreement (OPA) that provided the commercial template for previous oil-for-product swap deals in Nigeria.

Reportedly, it was estimated that between 2010 and 2014, NNPC channeled over 352 million barrels of oil worth a total of $35 billion into the swap deals which were enmeshed in mismanagement, unclear terms and corrupt practices, and thus failed to maximize returns for the country.

The 2016 DSDP, going forward was conceived to improve transparency with better terms for the government, though structurally the same with previous oil-for-product swap deals, except for clearer terms and tighter rules embedded in the 2016 DSDP.

Despite the new petroleum policy reforms marshalled out by the Federal Government of Nigeria to address the challenges of the petroleum sector, there still remains a lot to be done in terms of reforming the commercial operations within the industry with regards to transparency and accountability, particularly in addressing the fuel supply crisis for the short term.

This report will briefly focus on the commercial and contractual models used by the NNPC in crude oil trade deals with a view to suggesting ways the commercial framework can be improved upon in order to secure fair deals for Nigeria.

The oil for the swaps comes out of NNPC’s 445,000 barrel per day “Domestic Crude Allocation” (DCA). The DCA provides the entire volume of crude oil that is typically available for trade under the various contractual models used by NNPC over the years. The usual contractual models are the Refined Product Exchange Agreement (RPEA) and the Offshore Processing Agreement (OPA).

Under an RPEA, crude is allocated to a trader, and the trader is then responsible for importing specified products worth the same amount of money as the crude, minus certain agreed fees and expenses, the value of which the trader keeps. By early 2011, the government represented by NNPC subsidiaries (Duke Oil and PPMC) had signed four RPEAs with commodities traders.

Under this type of deal, the contract holder, either a refiner or trading company, is supposed to lift a certain amount of crude, refine it abroad, and deliver the resulting products back to NNPC. The contracts lay out the expected product yields (i.e., the respective amounts of diesel, kerosene, gasoline, etc.) that the refinery will produce. The refining company can also pay cash to NNPC for any products that Nigeria does not need. In 2008, as fuel shortages worsened, NNPC issued a tender for an OPA and signed one with BP affiliate Nigermed late in 2009. The following year, PPMC signed another OPA with the Ivorian state-owned refining company Société Ivoirienne de Raffinage (SIR).

The contract holders for both types of deals did not change between 2010 and 2014, with the exception of Nigermed, whose OPA ended in 2010. In late 2014, PPMC did not renew its RPEA with commodities trader Trafigura. Duke’s contract was reduced to 30,000 barrels a day, and Duke farmed out this contract to Aiteo.

NNPC crude oil trading is primarily determined by contract, and in 2017/18, the contractual model anticipated is the DSDP which is an improved version of the oil-for-products swap deal and involves the process of inviting bids for crude oil sale and purchase term contracts by potential off-takers. The NNPC sets pre-qualification requirements for prospective off-takers, including:

1.   Approval of project proposal and contracting strategy by NNPC Tendering Board (NTB);

2.   Placement of adverts for expression of interest in electronic and print media;

3.   Soliciting for tender (Technical and Commercial);

5.   Tender approval by NTB for contracts within its threshold; otherwise

6.   Obtain Bureau of Public Procurement (BPP) certificate of no objection before presentation to FEC;

This year (2017) out of a total of 224 bids submitted by companies seeking to purchase and lift Nigerian crude oil for the period of 2017/2018, 39 companies emerged winners, with NNPC stating that due diligence and regulatory compliance were followed in conducting the pre-invitation bids and shortlisting of off-takers following the controversy that trailed the process[4]

The new petroleum policy framework clearly unveils a pathway for the institutional, commercial, legal and regulatory reforms of the petroleum industry of Nigeria with a long term vision of repositioning Nigeria:

“To become a nation where hydrocarbons are used as a fuel for national economic growth and not simply as a source of income”.

The Petroleum Industry Governance Bill (PIGB) passed by the upper chambers of the National Assembly on the 25th May 2017, clearly suggests the imperative of transparency as a fundamental ingredient in driving institutional, regulatory and commercial reforms in the petroleum industry. There is broad consensus that the commercial operations of the petroleum industry of Nigeria needs to be more transparent and accountable to accelerate the reform efforts of diversifying the economy and driving industrial growth. To this end, a number of approaches have been suggested to engender more transparency in the crude oil trade deals especially with the DSDP model currently deployed by the NNPC.

Although the publication of the 2017/18 bid process on the website of NNPC is commendable, however sufficient information needs to be periodically published on the deals and in particular the pricing formula used in consummating these deals for the public to assess.

Developing stronger anticorruption due diligence systems for vetting bidders as part of the selection process is also fundamental to industry transparency. The need to commit to collecting and disclosing beneficial ownership data in future DSDP and other contract awards has become imperative.

Finally, there will be need to publicly explain the process for allocating oil among new contract holders and publish per-cargo oil sales data on a regular basis in 2017, to show which contract holders are receiving oil.

All of these measures will hopefully reposition the industry by making it increasingly attractive for investment and therefore accelerate the policy goals.