The sun sets on the Hells Angels copyright, but its trade mark sword bursts Redbubble’s use of the Death Head logo

Bikers are renowned for taking great pride in their patches.

So it should be no surprise that the Hells Angels Motorcycle Club has a strong intellectual property (IP) portfolio and that they vigorously defend their rights. 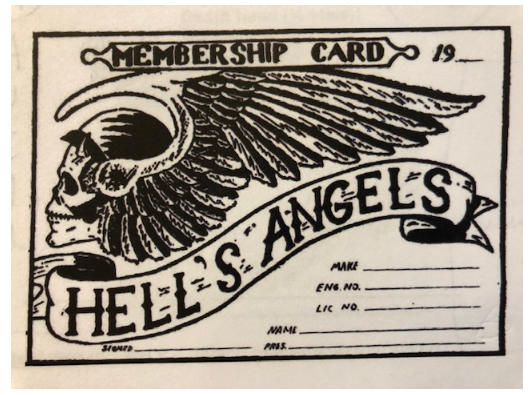 The Court is yet to hand downorders in the case.

Redbubble Limited (‘Redbubble’) operates a market place platform that allows artists to upload their artwork to the Redbubble website and select the type of paraphernalia (including t-shirts, coffee cups, mugs, hats) that it may be applied to.

Consumers may then purchase the items and Redbubble arranges for a third party to fulfil the order and send it to consumers.

In this case, artists had been submitting their own depictions of the famous ‘Death Head’ and other trade mark images, for purchase by consumers as images on paraphernalia.

The Hells Angels Motorcycle Corporation (Australia) Pty Ltd (‘HAMC AUS’) argued that Redbubble enabled and directly infringed the copyright in two artistic works and infringed certain registered trade marks. This argument appeared it would have succeeded if HAMC AUS had been able to demonstrate they were an authorised user of the copyright to the satisfaction of the court (discussed further below). There was also a claim that Redbubble’s actions contravened Australian Consumer Law but this claim was dismissed by Justice Greenwood.

This was the second case brought against Redbubble that was decided in the last 12 months, the first being Pokémon Company International, Inc. v Redbubble [2017] FCA 1541, which relates to similar facts and has now been appealed to the Full Federal Court.

It is expected that this case (Hells Angels) will also be appealed by Redbubble and then joined to the Pokémon appeal, so both cases may be dealt with together. We will watch this space with interest.

It’s not advisable to copy death!

What was the copyright?

Two artworks were subject to the copyright infringement claim: both depicted the infamous ‘Death Head’ symbol synonymous with the Hells Angels.

The second artwork claimed to be protected by copyright was ‘The Fuki Death Head Design’ which was always intended to be a derivative work of the original Sundown design to allow for standardisation of the brand. Justice Greenwood found that there was no independent copyright in this work as it was merely a standardised version derived entirely from the Sundown design.

Who owned the copyright?

Ultimately, this case turned on the ownership of the copyright that subsists in the two works (or lack thereof by HAMC).

It’s important to note that HAMC AUS doesn’t own the copyright in either of the copyrighted works (or the trade marks) but claimed they have a right to sue by virtue of an exclusive license granted to them from the US chapter of the HAMC.

From the evidence before the Court, the downfall of the copyright infringement claim arose because under Australian law, the US chapter of the HAMC never had Sundown execute a written assignment of the copyright in the DEATH HEAD logo to them. Accordingly, they were unable to provide a valid licence to the Australian chapter.

Under the Copyright Act 1968 (Cth) (the Act), subject to certain exceptions, if you develop any material expression of an idea (i.e. an artwork) then you will automatically own the copyright that subsists in that work. In this case, Sundown was the artist who created the drawing and therefore the copyright is automatically his under Australian law.

In order for the owner of the copyright to change (i.e. from Sundown to the HAMC) there must have been an assignment in writing vesting the legal ownership of the artwork to the US chapter of the HAMC. This wasn’t done.

Accordingly, HAMC AUS couldn’t be granted an exclusive licence for the copyright as it was never legally the copyright of the US chapter of the HAMC in the first instance.

What does that mean for you?

If you have ever or are currently in the process of hiring or commissioning anyone to develop an artwork, software platform or any material in which copyright will subsist, you must get a written agreement assigning the ownership to you or your company pursuant to Section 196 of the Act .

This can be done at any stage of the development process, but the earlier the better. Without this, you will at best have a beneficial right to use the copyright, which under Australian law is not enough to claim legal ownership of copyright.

In this case, it was found that Despite the US chapter of HAMC not owning the copyright, it’s still in existence and legally owned by Sundown. Pursuant to Section 34 of the Act, the duration of copyright in an original work will survive for 70 years after the calendar year in which the work was published or the author of the work dies, depending on the nature of the work and whether the identity of the author is known.

Could Redbubble have been found liable for copyright infringement?

If HAMC AUS owned the copyright that subsisted in the artworks (or the US Chapter did and granted an effective exclusive license to HMAC AUS), Redbubble is likely to have been found liable for copyright infringement.

Although Redbubble was not the original author of the artwork published on its website, its business model gives it complete control over the supply of the goods and the moderation of its website.

Additionally, it was demonstrated by Hells Angel’s legal counsel that there were steps Redbubble could have taken to avoid the uploading of the infringing images, which it chose not to take.

It will be interesting to see if the Pokémon and Hells Angels decisions open a raft of actions relating to copyright infringement by service providers.

However, it should be noted that it is on this ground that Redbubble has appealed the Pokémon decision (and one would expect they’d also appeal the Hells Angels decision). Accordingly, this issue is as yet unresolved. In the meantime, if you own a website that operates a similar business model or are an artist that uploads to a similar platform or public domain, be aware that you may be liable for copyright infringement.

If at first you don’t succeed, try again with registered rights!

Greenwood J also determined whether Redbubble had infringed on Hells Angels’ trade marks (owned by the US chapter of HAMC that were subject to an exclusive license to HAMC AUS).

Pursuant to s120(1) of the Trade Marks Act 1995 (Cth) a trade mark will be infringed if the mark used is either substantially identical with or deceptively similar to the trade mark in relation to the classes of goods or services that the mark is registered to provide.

HAMC AUS was awarded nominal damages for the infringement for some of the registered trade marks, on the basis that Redbubble used and facilitated the supply of goods bearing the trade marks of HAMC AUS for the purpose of generating revenue.

For the examples that constituted trade mark infringement, the contributing factors to the infringement were:

Although the penalty against Redbubble was only nominal in this instance, trade mark infringement can carry exemplary damages.

As Redbubble regularly removed works that infringed on trade marks, damages were only awarded for trade marks where Redbubble left an infringing image on the website for an extended period of time and a sale occurred as a result of that image being available.

The damages in this instance were nominal due to the fact that of the infringing trade marks published on the website had a limited number of views and only three sales occurred before they were removed.