Who owns a mark used by multiple business parties?

The word and device marks PRIMBIOTIC were registered for a food supplement gel. 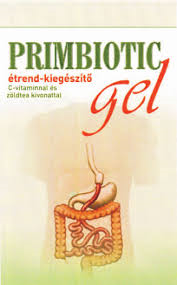 The Hungarian Intellectual Property Office (HIPO) rejected the cancellation request. It cited the European Court of Justice's decision in Lindt (C-529/07), in which it was held that when presuming that a third party knows of the use of an identical or similar mark in respect of identical or similar goods, the general knowledge of the public in the relevant sector and the length of use of the mark in question must also be considered. The fact that a later applicant is aware of the existence of a prior identical mark for similar goods is not, in itself, sufficient to lead to a presumption of the later applicant's bad faith. As the opponent had not proved that he had used the marks himself, the HIPO refused to cancel the marks.

As regards the opponent's argument of bad faith, the HIPO held that EU case law requires the existence of a competitive intention, which had not been proved in the case at hand. Further, the opponent could not prove his own use of the marks in the relevant market. As a result, the request for cancellation was dismissed.

The opponent requested a review of the HIPO's decision by the Metropolitan Tribunal, which was unsuccessful. The tribunal agreed with the HIPO's arguments and rejected the request for review.

The opponent filed an appeal with the Metropolitan Court of Appeal, but this was also unsuccessful (8.Pkf.26.025/2017).

In this case, the HIPO, the Metropolitan Tribunal and the Metropolitan Court of Appeal had to determine the true owner of the marks. Using EU case law as a guide, they considered the market situation, including the knowledge of consumers. This approach is convincing. Further, from a traditional legal perspective, the HIPO, the tribunal and the court each applied the principle of registration and the rule of good faith.

The argument of bad faith was dismissed with only a short comment, based on the leading EU case in this regard (Lindt).

Disputes occasionally arise between business parties regarding the ownership of a mark which they both use. Such disputes can be avoided through the implementation of a clear agreement. While an agreement did exist in the present case, it seems that it was not clear enough.