Future of tech regulation: Where is it headed? 2020 transnational regulatory update

To gaze into the crystal ball of future technology regulation is to peer into the busy workings of global regulatory influencers. And they have certainly been busy.

In the past few weeks alone, the Financial Stability Board (FSB), Bank of International Settlements (BIS), International Organization of Securities Commissions (IOSCO), Financial Action Task Force (FATF), G20 and numerous others, have weighed into the future of tech. Even more recently, BIS released its “Green swan” paper focussing on climate change and financial stability. This will ultimately require strong tech development for systems, data, product development, analytics and supervision.

This alert provides a summary of three key papers issued by the FSB, as well as summarising developments from other influential global policy-makers.

FSB – a focus on BigTechs,[1] cloud and stablecoins

The FSB is an international body focussed on financial stability headquartered in Switzerland. It has released three papers[2] on the disruptions and risks arising from three very topical areas:

Recently, BigTechs have gained much media attention by their announcements of new financial products (for example, Google’s checking account, Apple Card, and Facebook Pay). Earlier this year, the “Chinese dual”, Tencent and Alibaba, through various joint ventures obtained virtual banking licences from the Hong Kong Monetary Authority. A review of the virtual bank licensees and their shareholders reveals interesting partnerships between BigTechs, technology companies and incumbent financial service providers. The presence of BigTech in finance is hard to ignore, and it is not surprising that the FSB has released its report on Bigtech in finance.

Key messages from the report

The FSB’s key observations in its paper are as follows: 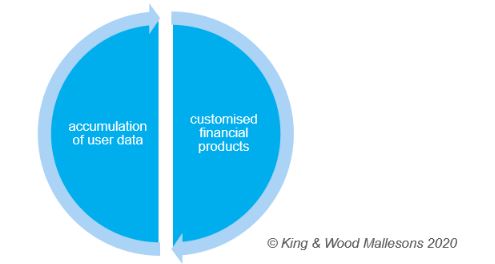 How should regulators respond? The FSB emphasised the importance of cooperation among policymakers and regulators across banking and non-banking sectors, and also via international fora. Given the sizes of and risks associated with the BigTechs’ financial activities, the FSB suggested that BigTechs should be subject to financial regulations as FIs. The FSB also commented that regulators may consider imposing reciprocal data-sharing obligations on big techs to mirror open banking initiatives such as PDS2, such that there is a level playing field for competition. In our view, this remark is consistent with the growing trend of domestic regulators to promote data sharing and open banking, for example the regulatory regimes being implemented in Australia, Hong Kong SAR* and United Kingdom.

As financial institutions often use and increasingly depend on the cloud services provided by the same BigTechs that may start moving into their competitive territory, there is an extra layer of complexity around the interlinkage between the two, which regulators are vigilantly monitoring. This subject was considered in the FSB’s report on Third-Party dependencies in cloud services.

Key messages from the report

For businesses which engage third parties in cloud services as well as cloud service providers, it is worth monitoring global developments on the subject. For example, the Securities and Futures Commission (SFC) has had regard to a number of the abovementioned factors as part of its recent Circular regarding the “Use of external electronic data storage”, which is very much focussed on providing a framework for cloud data storage, and ensuring that the SFC retains prompt and appropriate access rights as needed. See our alert here for more information on this circular.

In this brief report, the FSB expressed its view that global stablecoins (GSCs) may become “a source of systemic risk”, although due to their novelty, very limited information is currently available for solid assessment. Amidst all the uncertainties and speculations, the FSB warned of financial stability risks GSCs may introduce. This is particularly because of their potential to establish a global user base, infiltrate domestic financial systems, and substitute fiat currencies. There was also the potential for GSCs to open up a pandora’s box and cause serious erosions in market competition, data protection and financial crime activities given privacy and pseudonymity related features of some virtual assets.

The FSB suggested that regulators should build a thorough understanding of the individual components of stablecoin arrangements. Based on this understanding, regulators should then identify how the current domestic legal framework applies to and addresses the risks under stablecoin arrangements. The FSB also emphasised the importance of cross-jurisdictional co-operation in ensuring that national regulations are compatible.

Recent discussions on GSCs across the international regulatory fora (as we summarise in the next section) echo with the FSB’s wariness about the potential systemic risks surrounding GSCs, and demand suitable risk-management to be undertaken by both stablecoin developers and global regulators. For example, the G7 Working Group on Stablecoins (Working Group) published a report in which it identified a range of risks and challenges associated GSCs, and expressed its belief that GSC projects should not commence operation unless the risks and challenges identified are adequately addressed. The Working Group also stressed the importance of cross-border collaboration, and suggested that national regulators adhere to principles established by standard-setting bodies to ensure international consistency. IOSCO and the European Central Bank (ECB) also published statements and notes expressing similar views.

At the same time, innovation is still highly prized. On that note, the Hong Kong Monetary Authority and Bank of Thailand have just issued their report on their collaborative “Project Inthanon-LionRock” effort to explore a potential Hong Kong Dollar-Thai Baht blockchain-based cross-border payment arrangement, and several other projects are on foot internationally.”

What are other global trend-setters saying?

Multiple regulators are looking at technology, new asset classes like virtual assets, and regulation. The following table summarises a number of key developments you should know about. 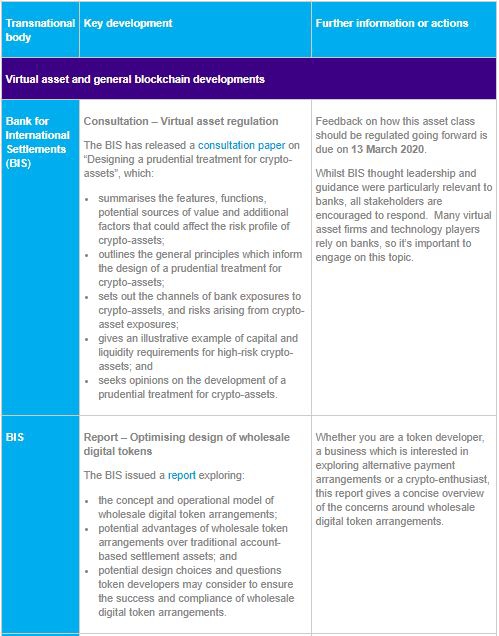 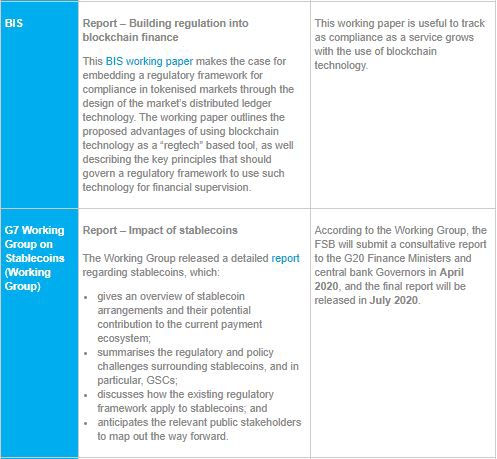 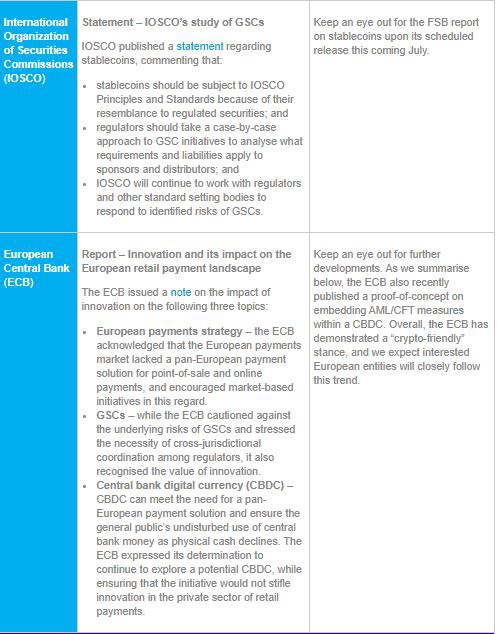 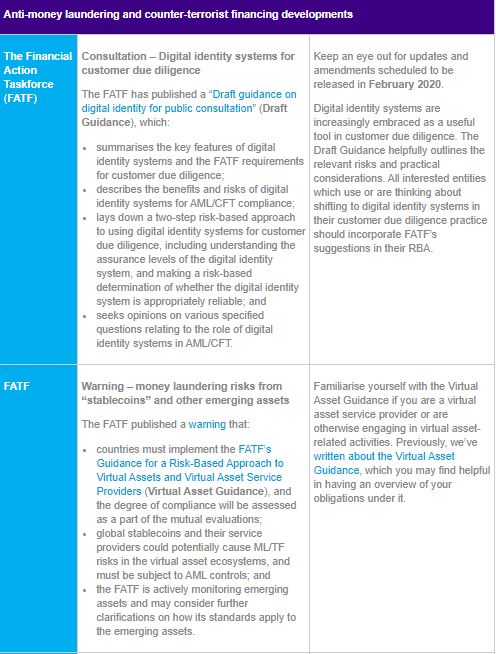 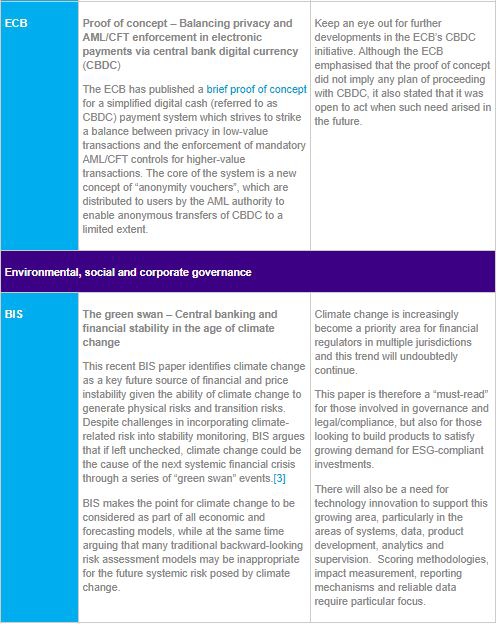