The Board affirmed a Section 2(e)(4) refusal of the applied-for mark OLIN for certain chemical products, finding the mark to be primarily merely a surname and lacking in acquired distinctiveness under Section 2(f). Although the application was filed under the intent-to-use provisions of Section 1(b), the Board ruled that acquired distinctiveness could be transferred to the involved mark under Trademark Rule 2.41(a) in the same manner as with a use-based application. In re Olin Corporation, Serial No. 86651083 (September 22, 2017) [precedential] (Opinion by Judge Susan J. Hightower). 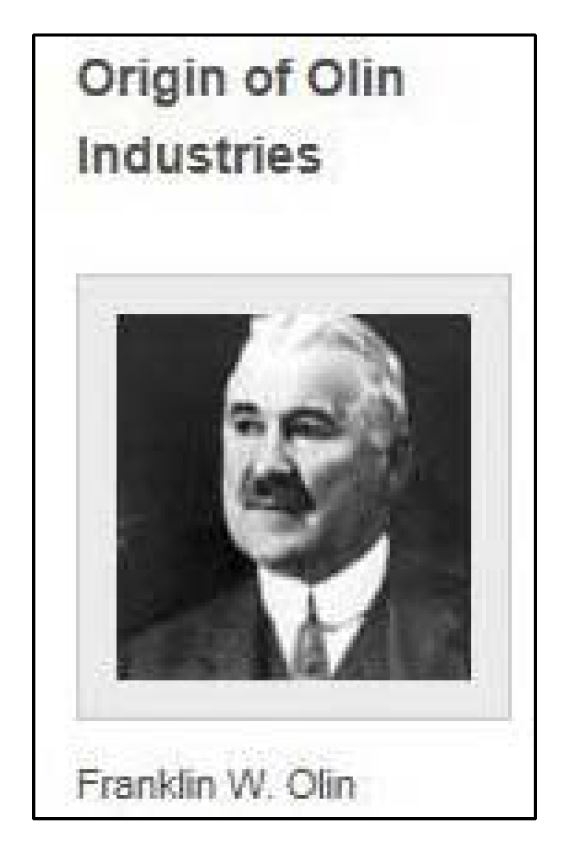 The statutory word “primarily” refers to the main significance of a word as a word, not to its significance as a trademark due to advertising and promotion. MCDONALD’S for quick service restaurants was found to be “primarily merely a surname” even though it has achieved trademark significance. Secondary meaning under § 2(f) must always be submitted on the record to register such a surname as a mark.

Here, Applicant Olin did not explicitly request registration under Section 2(f). Nonetheless, Examining Attorney Tasneem Hussain construed its arguments in response to the Section 2(e)(4) refusal as an apparent claim of acquired distinctiveness in the alternative.

Based on evidence showing that several thousand individuals in this country have the surname OLIN, the Board found that it is "not rarely encountered as a surname, and therefore it is likely to be perceived by the public as having surname significance."

According to its website, Olin Corporation was founded by Franklin Olin in 1892, and his two sons took over the company from him decades later. Applicant stated that no one named Olin is currently in upper management at the company. The Board concluded that, since applicant still promotes its founding by Mr. Olin, this factor favors a finding that the public perceives OLIN as primarily merely a surname. See In re Adlon Brand GmbH & Co. KG, 120 USPQ2d 1717, 1722 (TTAB 2016).

So-called "negative dictionary evidence" submitted by the examining attorney demonstrated an absence of any non-surname meaning for OLIN. Finally, the Board found that OLIN has the structure and pronunciation of a surname, although this finding has "little significance" in view of the other evidence.

The Board concluded that the evidence, taken as a whole, established that OLIN is primarily a surname. 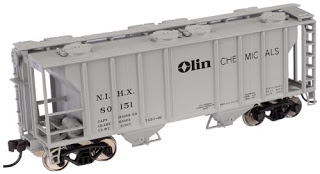 We emphasize that, by the very nature of the inquiry, Section 1(b) applicants face a heavy burden in establishing that their mark will acquire distinctiveness when use commences. Accordingly, the required showing for acquired distinctiveness to “transfer” to new products is a rigorous one.

The goods of the involved application involved various chemicals, including acids, resins, and solvents, while those of applicant's prior registrations are "cartridges and high explosives," "non-ferrous metals and alloys," "ammunition" and "shotguns." The Board found it "self-evident" that the goods of the registrations are unrelated to those identified in the application, and applicant did not disagree.

Putting aside the prior registrations, the Board next considered whether Applicant Olin "made a prima facie showing of acquired distinctiveness based on five years’ use of the same mark with sufficiently similar or related goods under Rule 2.41(a)(2)." Applicant submitted two declarations, stating that Olin is a well-known company whose stock is traded on the New York Stock Exchange, with revenues exceeding $2 billion annually. It maintained that the mark OLIN has been used with its "Historic Products" - chlorine, hydrochloric acid, potassium hydroxide, sodium hydroxide, sodium hypochlorite, hydrogen, and sodium chloride - for at least five years. The Board noted that some of these Historic Products are included in the identification of goods of the application at issue, but it also observed that applicant made no attempt to divide out these goods into a separate application.

In any case, applicant's claim under Rule 2.41(a)(2) was inadequate because Olin failed to aver that its use of the mark OLIN for these "historic" goods had been "substantially exclusive," as required by the Rule.

Finally, turning to Rule 2.41(a)(3), the Board looked to Olin's "other evidence" of acquired distinctiveness and found it insufficient. The Board noted that applicant did not provide evidence of advertising expenditures, survey results, media recognition, or third-party recognition. Applicant's declarations did address sales and length of use, but specifics were not included: the declarations did not specify how long applicant has used the mark OLIN mark with chlorine or any of the other Historic Products, or what portion of the sales of those products occurred in the United States.

Conclusion: The Board therefore found that applicant’s mark is primarily merely a surname, and further that Olin failed to establish acquired distinctiveness under Section 2(f). And so the Board affirmed the refusal to register.

Concurrence: Judge Angela Lykos concurred in the result, but only under Rule 2.41(a)(1).

While the language set forth in Trademark Rule 2.41(a)(1) which makes no mention of use in commerce, and Federal Circuit precedent supports the principle that a “transfer” of acquired distinctiveness may occur from a previously registered mark to an intent-to-use application, I disagree that this tenet extends to either the second or third manner of demonstrating acquired distinctiveness as set forth in subsections (2) and (3) of Trademark Rule 2.41(a).

Furthermore, Judge Lykos further opined that, in her view, based on the plain language of these subsections - "which clearly contemplate prior use of the applied-for mark and make no mention of 'the same mark' or 'sufficiently similar goods or services'" - Rules. 2.41(a)(2) and Rule 2.41(a)(3) are not applicable to intent-to-use applications.