The recent acceptance of the trade mark CHUNKY in the USA for Campbell‘s CHUNKY soup provides an indication of the efforts needed to obtain registration of a word which has low inherent adaptation to distinguish.

The 1978 UK court decision leading to the registration of CHUNKY for dog food, Re Chunky Trade Mark [1978] FSR 322 (Ch D), may have given Campbell some confidence of reasonable prospects for success in the US for registration of CHUNKY for soup. For the earlier UK application for CHUNKY, the judge decided that the word ‘chunky’ had some inherent adaptability to distinguish, albeit at a low level, because it was in a category of words “which describe the character of the goods, but are not the only or natural words which would be chosen for that purpose”. This, combined with extensive evidence of use, resulted in CHUNKY being registered for dog food. 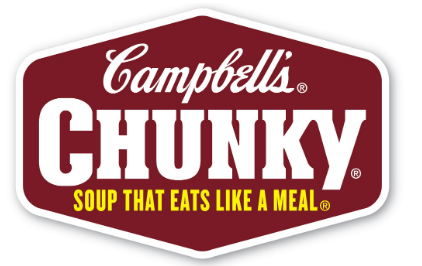 For the recent US application for CHUNKY for soup, because the inherent adaptation of CHUNKY to distinguish was very low, Campbell needed to focus on the evidence to prove the mark did, in fact, distinguish Campbell’s soups in the marketplace. The evidence of use dated from 1969 and can be viewed on the TSDR database. Over 400 specimens of use, including print ads, digital and online ads, social media posts, the CHUNKY website, unsolicited industry media, parodies and cultural references, survey reports, and television and radio advertisements were submitted to the USPTO. Submissions referred to $13 billion in sales since 1988 and $1 billion in advertising.

This level of use of CHUNKY for soups made a powerful story in favour of registration, and provides an indication of what is needed to obtain registration of these descriptive marks, which are not in the category of totally unregistrable, such as GOOD, BEST or PERFECTION, but are very low in the inherent distinctiveness stakes.

Thinking back to the earlier UK CHUNKY decision - the judge said CHUNKY described the character of the goods, but was not the only or natural word which would be chosen for that purpose. Synonyms for CHUNKY are clumpy, curdy, lumpy, nubbly or nubby, and all remain for competitors to use, but do not seem to convey the same positive impression for food products such as soups, dog food or peanut butter as the word CHUNKY!