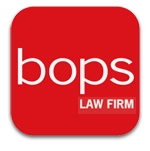 In a June 14 2012 decision (Cass Civ, 2em ch, pourvoi n°11-20534) the Supreme Court considered a case of premium misappropriation by an insurance broker. The question for the court to determine was against which party the claimant was entitled to claim the reimbursement of the funds misappropriated by the broker put into liquidation.

"persons who are not insured but who made payments for contracts (of this kind) to a broker or a brokerage company and which are covered by an apparent undertaking by an insurer shall be guaranteed by said insurance firm when the liability insurance of the broker or of the brokerage firm that received said payments cannot be brought into play."

However, the Supreme Court confirmed the Court of Appeal's decision, rejecting recourse to the life insurer.

The Supreme Court's reasoning was grounded on the apparent undertaking of the life insurer regarding the claimant, which must prevail. The court also stated that there was no duty for the claimant to request implementation of the broker's financial guarantee (as provided by Article 512-7 of the code, and which the life insurer considered as having a role similar to a liability insurance for the broker) before bringing the claim against the insurer, which was bound by an apparent undertaking.