The Ninth Circuit rules in favor of furniture designer Herman Miller in its trade dress infringement suit against a copycat manufacturer of knockoff Eames and Aeron office chairs. The court affirms a jury finding that the trade dress of the Eames chair is not functional and reverses the district court’s faulty jury instructions on aesthetic functionality for the Aeron chair, ordering a new trial. However, the court reverses the jury’s finding of trademark dilution of the Eames chair, finding Herman Miller’s evidence insufficient to surpass the high threshold for household fame. The case is Blumenthal Distributing, Inc. v. Herman Miller, Inc., 963 F.3d 859 (9th Cir. 2020). 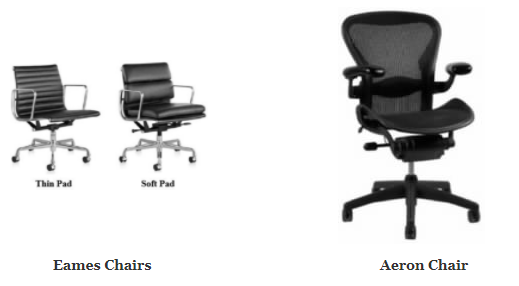 Appellate courts have recently seen an uptick in written opinions on trade dress functionality and this recent Ninth Circuit decision reaffirms the proposition that the mere inclusion of functional elements in trade dress does not make its overall appearance functional. This principle aligns with a 2019 decision from the Seventh Circuit - Bodum USA, Inc. v. A Top New Casting, Inc. – holding that assessment of functionality is not merely whether an element of trade dress is generally “functional,” but rather whether the design of that element is functional.

Additionally, the decision reveals the Ninth Circuit’s incredibly high standard to establish fame for dilution purposes, particularly when one panelist felt that “evidence of a trade dress’ cultural significance” may establish fame. Herman Miller provide ample evidence of its cultural impact, “ubiquity” in modern office environments, and prominent features in renowned museums and television shows, yet this was insufficient for the majority of the panel.