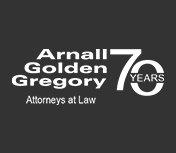 Allergan, Inc. (Allergan) is the manufacturer and distributor of the approved drugs Latisse® to promote eyelash growth and Lumigan® for glaucoma. Athena Cosmetics, Inc. (Athena) is the maker of RevitaLash, a line of eye lash and eye brow conditioning products to fortify and strengthen lash and brow hair.

On July 19, 2012, the U.S. District Court for the Central District of California granted Allergan’s motion for partial summary judgment against Athena alleging that Athena violated California Business and Professions Code (ULC) by unlawfully marketing, selling, and distributing hair and eyelash growth products in violation of § 17200 of the ULC.1 After examining all the evidence, the court determined that the RevitaLash products are drugs beyond any genuine issue of material fact and based on this conclusion, that Allergan is entitled to judgment for relief.

Under federal and California law, products are drugs if they are intended for use in the diagnosis, cure, mitigation, treatment, or prevention of disease in man or other animals or if they are articles (other than food) intended to affect the structure or any function of the body of man or other animals. 21 U.S.C. § 321(g)(1); Cal. Health and Safety Code § 11014. Allergan argued that uncontroverted facts establish that the RevitaLash products are drugs as a matter of law, because they are intended to affect a function of the body, e.g., eyelash growth. Athena argued that its current RevitaLash product is marketed and sold in such a way that it cannot be established beyond a genuine issue of material fact that it is objectively intended to affect a function of the body, and the evidence established that RevitaLash Advanced is a cosmetic intended only to beautify and improve one’s appearance.

In determining whether a product is intended to affect a bodily function, a vendor’s objective intent in promoting, distributing, and selling the product is the key consideration. The court determined that the physical formulations, patent applications and promotional materials related to RevitaLash supplied evidence that RevitaLash was intended to promote the growth of eyelashes, i.e., to have an effect upon the function of the body, rather than to merely beautify. The court further noted that the “vendor’s objective intent in promoting, distributing, and selling the product” and “evidence that the vendor is aware that his product is being offered or by used by others for a purpose for which it is neither labeled nor advertised” supports the determination that RevitaLash products are intended to be used as drugs, rather than as cosmetics.

The court ruled that Athena’s RevitaLash products are “per se new drugs” because they are intended to grow hair, and Athena’s failure to meet the “numerous requirements” associated with new drug classification represents a violation of the new drug provisions of the Federal Food, Drug, and Cosmetic Act (see, e.g., 21 U.S.C. § 355(a)). Accordingly, the court found Athena in violation of the California Health and Safety Code provisions prohibiting: a) unlawful sale of new drugs (§ 111550); b) advertising misbranded or adulterated cosmetic and drug products (“[i]t is unlawful for any person to advertise any food, drug, device, or cosmetic that is adulterated or misbranded” - § 110398); and c) manufacturing or selling misbranded drugs (“[i] t is unlawful for any person to manufacture, sell, deliver, hold, or offer for sale any drug or device that is misbranded” - § 111440). Furthermore, the court found that Athena violated the California Business and Professions Code §17200, which prohibits unfair competition including any unlawful, unfair or fraudulent business act or practice and unfair, deceptive, untrue or misleading advertising.

In coming to its conclusion, the court found that initial versions of RevitaLash were clearly intended to grow hair and subsequent minor product name changes and variations in the formulation were not enough to “distance RevitaLash Advanced from the previous versions in a significant way where the FAQs [Frequently Asked Questions] and other information [disseminated by Athena] indicate that new formulations are intended to work better and improve on the previous versions.”

Furthermore, the court noted that several facts about the currently operative marketing, labeling, and promotion, taken in isolation from past efforts, still show this objective intent, stating that “a current marketing presentation slide show for RevitaLash Advanced begins by discussing the process and lifecycle for eyelash growth before moving on to discussing the product (‘Eyelash growth is a cyclical process. For example, the lifecycle of eyelash hair is approximately 150-200 days, then it falls out.’).” During a “webinar,” Athena representatives also spoke to growth occurring naturally or with RevitaLash and that the product tells lashes to “[w]ake up, act like you did when you were younger … [s]tart to become fuller and thicker and longer.”

The court also considered the price of RevitaLash, which the court suggested was more in keeping with drug, than with cosmetic pricing. Finally, the court stated that product disclaimers stating that RevitaLash was not a drug were deemed insufficient to “create a genuine issue of fact about vendor intent.” On the basis of these findings, the court concluded that RevitaLash products are intended to grow hair and, therefore, the products are classified as new drugs.

Finally, the court stated that because Athena is a competitor of Allergan and RevitaLash products specifically compete with Latisse, Allergan had established injury in fact.

According to a reported statement, Athena disagreed with the ruling, and intends to vigorously pursue its legal options. Despite the court’s ruling, Athena is confident that all RevitaLash products are safe and lawful cosmetics. However, out of an abundance of caution, Athena has suspended domestic sales of RevitaLash Advanced Eyelash Conditioner until further notice. All other RevitaLash products remain available for purchase.

The case is a good reminder that statements on labels, websites, and in point of sale materials, and even internal documents such as training materials, can be used as evidence of the company’s objective intent regarding a product’s use and that minor changes in a name, labeling, or other materials may not be enough to distinguish a “new” product from any previous version once the intended use of the original product has been established. Just as a decision on an action might be influenced by whether it is seen by one’s mother, company reviewers of product labels, promotion and internal statements might keep in mind that statements made in external and internal company materials can be used as evidence that the company intended the product for a particular use for which the product may not be properly labeled, approved, or cleared.