Amongst other objectives, the New Regulations on Petroleum Operations ("NROP") are aimed at mitigating the financial impact of the COVID-19 outbreak and avoiding a substantial decrease in Equatorial Guinea's ("EG") hydrocarbons output. Whilst leaving untouched most of the provisions of the former regulations dated from 2013 ("2013 ROP"), the NROP contain a set of new provisions, which may be summarized as follows: 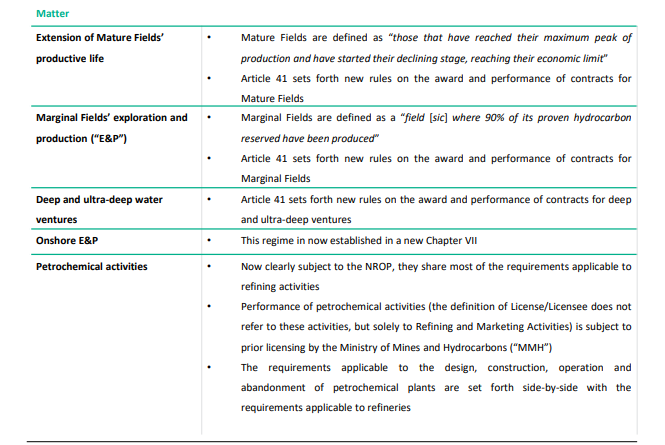 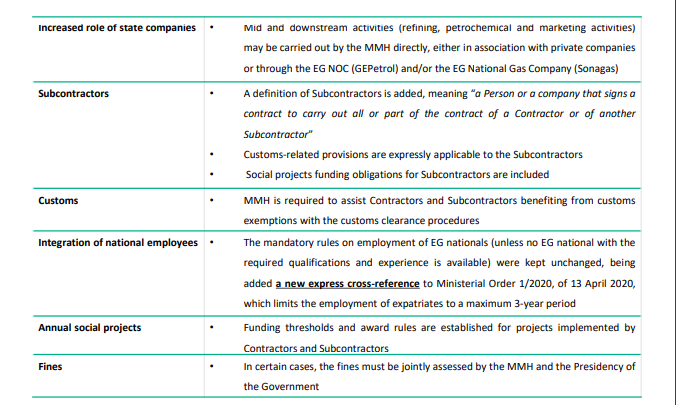 Although mentioned in Article 104 of the NROP, the lists of technical specifications of refined or marketed products are not attached therein (latest version was published by the MMH in its official website on 23 June 2020).

Powers are granted to the MMH to issue ancillary instructions and take any action required to enforce the provisions of the NROP.

As of its effective date, the NROP shall apply to all Contractors, Licensees and their associates, without prejudice to the terms and provisions of the Contracts or Licenses to which they are a party.

The NROP shall enter into force on the date that, cumulatively, their enactment is advertised at the national media ("NM") and published in the EG Official Gazette, being this latter requirement still pending.

Notwithstanding the above, in practical terms EG legal statutes are deemed as entering into force as of the date of the advertisement of their enactment by the NM, without prejudice to its subsequent publication in the Official Gazette.

Therefore, for the sake of caution and unless otherwise declared by the MMH, it is advisable to consider NORP's date of approval 15 June 2020 as its effective for all legal purposes.

We will be happy to expand on any of the above matters should you so wish.