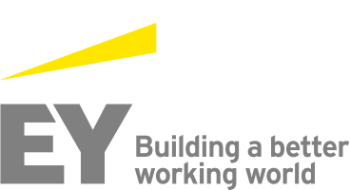 This is the first in a series of five extracts from EY’s EMEIA Fraud Survey 2017 – Human instinct or machine logic: which do you trust most to fight fraud and corruption? Visit ey.com/fraudsurveys/EMEIA to access the full version.

EY’s EMEIA Fraud Survey 2017 explores the impact of regulators responding to public demands for greater transparency and accountability with increased scrutiny of businesses.

There has been significant regulatory enforcement activity over the last 18 months, with 2016 ending as a record year for US Foreign Corrupt Practices Act enforcement. Twenty-seven companies, including many based in Europe, reached settlement agreements worth over US$2.5bn. In addition, in January 2017, the UK Serious Fraud Office announced a Deferred Prosecution Agreement worth approximately £500m (with the company reaching additional settlements in the US and Brazil). These actions follow considerable efforts to empower regulators and law enforcement agencies at a national level, reinforced by growing cross-border cooperation. At the same time, international efforts to combat bribery and corruption through bodies such as the G20 and the OECD have increased.

While countries such as France, India, Russia and Spain have recently introduced tougher bribery and corruption legislation, lawmakers are considering additional legislation in areas connected with security such as anti-money laundering, terrorist financing and cyber incident response, as well as beneficial ownership and tax evasion. Significantly, the majority of our respondents seem pleased with the increasingly robust stance taken by regulators, supporting initiatives to hold individual corporate executives to account for misconduct. Seventy-seven percent of respondents believe that prosecuting individuals will help deter fraud, bribery and corruption.

Overall, 28% of our respondents believe that regulation has a positive impact on ethical standards in their company, increasing from 24% since 2015. However, it is notable that the level of support for regulatory activity remains much more guarded among respondents from Western Europe, where the burden of regulation has been greater. In contrast, support for regulation is much more apparent in Africa and India, regions that have experienced recent high profile anti-corruption activities, such as the demonetization of high value currency notes (INR1000 and INR500) in India and the election of leaders on anti-corruption mandates in Africa.

In an attempt to further restore trust in business, governments are encouraging companies to self-report potential instances of fraud, bribery and corruption to regulators, taking into consideration self-reporting during potential prosecutions, by offering mitigated sentences or exemptions. In instances where companies do not self-report and are later found to have engaged in corrupt practices, they are likely to be subject to harsher penalties.

As companies seek to fulfil their obligations to regulators, they are increasingly reliant on employees to behave ethically and to come forward with any concerns of misconduct in their business. Sadly, however, our survey shows that many employees continue to justify unethical behavior and others are hesitant to blow the whistle.