New antitrust rules for distribution agreements in the UK

On 12 July 2022, the UK Competition and Markets Authority published final guidance for its new antitrust rules governing vertical agreements. The new rules provide additional flexibility for the design of distribution arrangements, although business will need to navigate some divergence between the EU and UK systems.

What are the VABEO and CMA Guidance?

On 1 June 2022, the old VBER expired and new rules came into force in both the EU and UK. The 2010 EU VBER was replaced by a new VBER (see our previous alert here), and the UK now has its own separate exemption having introduced a new Vertical Agreements Block Exemption Order (VABEO).

The VABEO has a transitional period of one year, during which agreements that were entered into before 1 June 2022 and comply with the 2010 VBER, will remain exempt until 1 June 2023.

The VABEO will be in force for 6 years until 1 June 2028. This a shorter duration than that foreseen for the new VBER which will be in force for 12 years. This provides for flexibility to see how the new rules impact business in practice, and opens up the possibility of the UK revisiting its approach to vertical agreements significantly earlier than the European Commission, with the possibility of further divergence between the EU and UK down the road.

The Competition and Markets Authority (CMA) Guidance on the VABEO aims to help companies self-assess whether their agreements benefit from the VABEO, or otherwise comply with UK antitrust law.

Set out below is a snapshot overview of the key features of the new UK vertical regime. In some respects the VABEO retains concepts familiar to UK business from the old VBER but in other respects there are now different rules to those applying under the new VBER (we highlight key differences to the new VBER in bold). 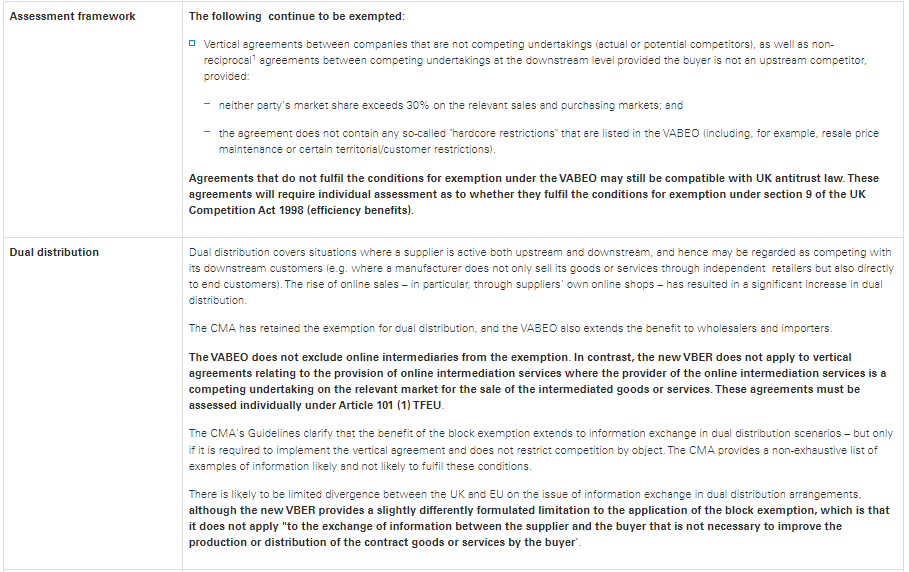 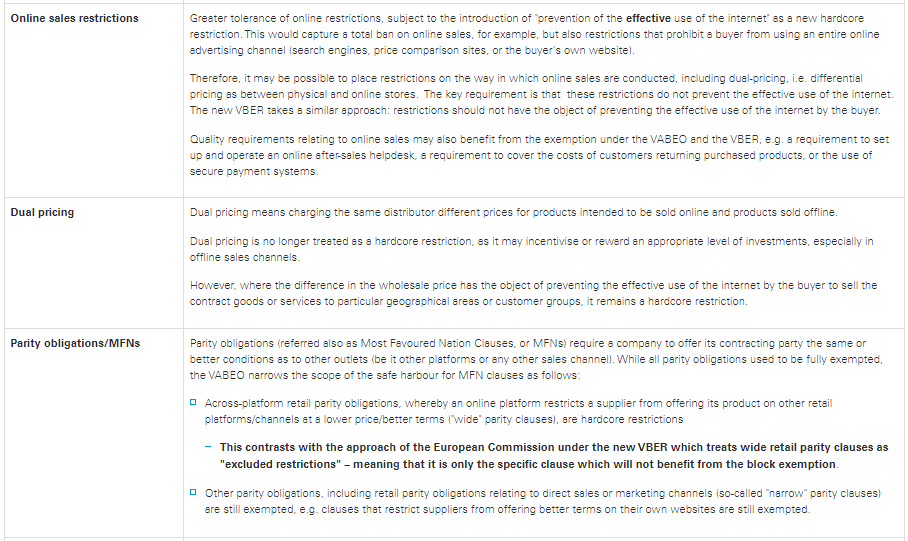 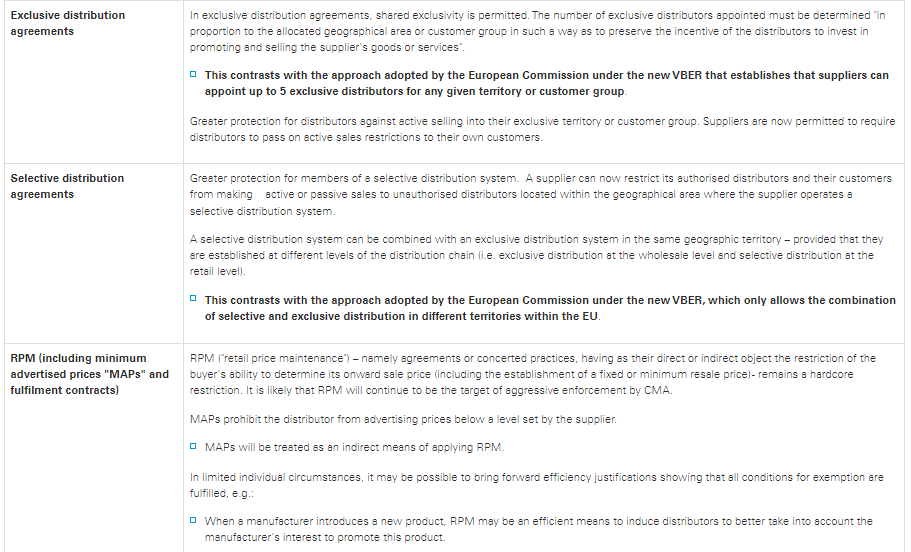 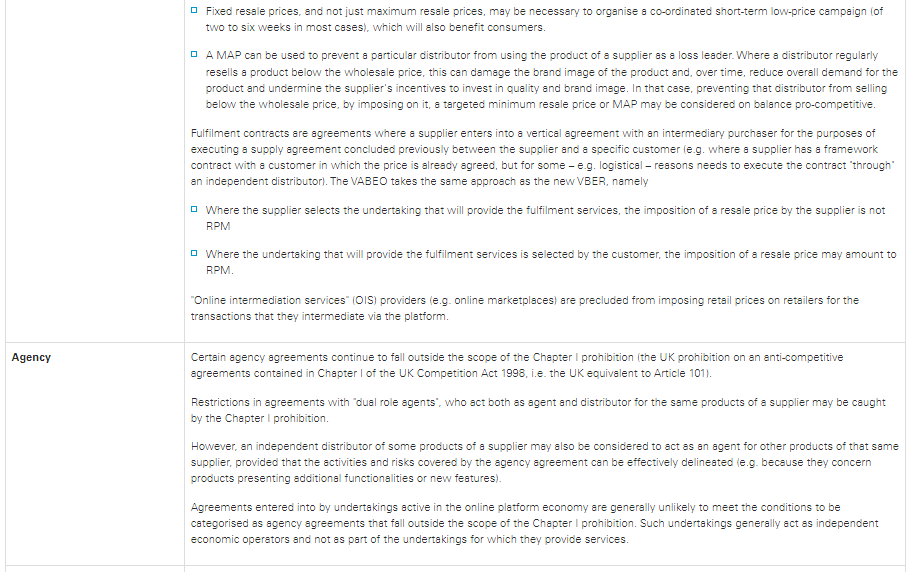 The VABEO may give companies operating in the UK more flexibility as to how the structure their vertical agreements, compared to the equivalent European rules under the new VBER. However, as many EU and UK companies will continue to operate in both the UK and EU (including Northern Ireland where the EU rules continue to apply) the divergence between the VABEO and new VBER may cause difficulties, to the extent that different rules may apply to their distribution agreements depending on the territories in which they are supposed to operate.

Multi-national companies may be used to operating under different rules (e.g. as between the EU and the US), but for companies typically focussed only on Europe the divergence may lead to some teething problems. It may be that some companies adopt a single template for vertical agreements covering both the EU and UK, incorporating the most restrictive rules from each of the new VBER and VABEO. This may be easier for business but consumers may not then benefit from some of the changes introduced by the new VBER or VABEO. So whilst the rules may now diverge it remains to be seen whether companies seek to amend their arrangements to benefit from them to the fullest extent.