The anti-avoidance framework in Ukraine 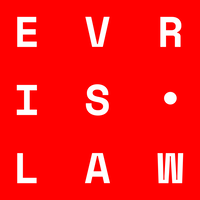 In 2019 the substance-over-form doctrine for transfer pricing purposes was introduced to the Tax Code. In addition, the Ukrainian government has developed a draft law on Amendments to the Tax Code of Ukraine for the Purposes of Implementing the Action Plan on Base Erosion and Profit Shifting. This draft law includes provisions concerning the taxation of controlled foreign companies (CFCs) – in particular, Ukrainian resident individuals which control of foreign companies will be subject to personal income tax on CFC profits.

The draft law also contains provisions in respect of three-tier transfer pricing documentation and constructive dividends. It also elaborates on and expands the concept of beneficial owners.

The draft law will have a significant impact on international groups and Ukrainian companies engaged in international business, as well as on individuals (ie, tax residents of Ukraine who own or control said businesses). These changes will require businesses and their owners to revise their existing group structures and established business practices.

Such changes are expected to be implemented in 2019.

Ukraine notified its intention to apply the following key provisions of the convention to all 77 of its applicable bilateral tax treaties with other Organisation for Economic Co-operation and Development (OECD) member countries:

The MLI will enter into force in Ukraine on the first day of the third month after Ukraine deposits its instrument of ratification with the OECD. Ukraine has not yet ratified the MLI and no timetable for ratification has been announced.

There are no specific penalties for non-compliance with anti-avoidance provisions. However, additional tax assessments, fines and late payment interest apply.