The two leading antiperspirant products on the Hungarian market are Rexona Invisible and NIVEA Invisible.

The owner of the REXONA trademark ran a publicity campaign across several TV channels stating that Rexona Invisible was more effective than NIVEA Invisible at eliminating sweat patches on black and white clothing. 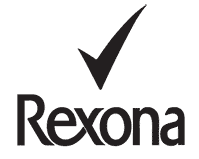 To support this statement, the campaign included two bar charts showing the characteristics of each antiperspirant spray, which featured the NIVEA and REXONA trademarks. However, these charts appeared on screen for only three seconds.

The Office of Economic Competition launched an investigation into the owner of the REXONA mark and found that the comparative ad was unfair. It thus fined the trademark owner HUF30 million (approximately €92,800).

In its decision, the office referred to the EU Misleading and Comparative Advertising Directive (2006/114/EC) and the European Court of Justice's (ECJ's) LIDL judgments (C-356/64 and C-159/09), all of which stipulate that comparative ads must be objective and verifiable. These objectives had not been met in the case at hand, as it was unclear whether the ad at issue related only to Rexona spray and not other forms of Rexona antiperspirant (eg, roll-on or stick deodorant). Further, displaying the two bar charts for a mere three seconds did not enable the public to read or understand them (Vj.57/2015).

The decision in the case at hand discussed the REXONA and NIVEA marks which appeared in the TV ads and the fine – which is arguably high – was the result of the volume of products sold under the REXONA mark.