The Wall Street Journal reported that, like Facebook, Google also plans to extend its ban on political advertising. According to the Journal's report, Google said that it plans to extend the ban through the end of the year.

When Google originally announced its plans to temporarily ban political advertising after the polls close in the U.S. presidential election, it said that it was doing so in light of the "possibility of delayed election results" and "to limit the potential for ads to increase confusion post-election." 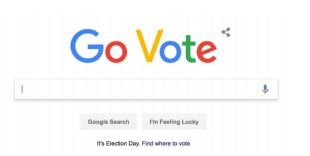