Trademarks: How (Not) to Strip the Leather Jacket off the Biker's Back

The Central District Court of California has held that the First and Eighth Amendments protect the trademark-registered emblems of the Mongol Nation motorcycle club from forfeiture. The U.S. Attorney’s Office had tried and failed to strip the patches from the jackets of the biker gang in connection with racketeering convictions. Through trademark forfeiture, the government sought the club’s collective membership marks, including a combined mark containing the word “MONGOLS” and a drawn image of “a Genghis Khan-type character with sunglasses and a ponytail, riding a motorcycle with the letters ‘M.C.’ appearing below the motorcycle.” But the court in its February 28 decision in United States v. Mongol Nation refused the forfeiture because the marks are symbols with an associative purpose, and a forced transfer would chill the members’ speech.

The Gang, Its Mark, and the Jury 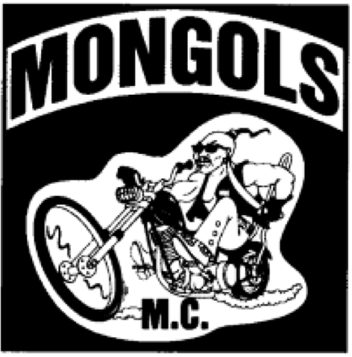 The Mongol Nation is an “outlaw motorcycle gang” and is one of the largest of such gangs according to a 2015 FBI report. The members of Mongol Nation use the mark on various items, including clothing, lighters, flags, helmets, documents and motorcycle parts. Numerous bikers also wear the mark as a tattoo to show their membership pride.

The government infiltrated the Mongols in 2005 with Operation Black Rain, which consisted of four undercover male agents for the Bureau of Alcohol, Tobacco, Firearms and Explosives, who became full-patch members of the group, and four female agents who went undercover to pose as their girlfriends. Jury verdicts on December 2018 found the defendant Mongol Nation guilty of racketeering acts under RICO, including murder and drug-related charges. The jury also found forfeitable the Word Mark, Center Patch Image and Combined Mark; and vests, patches, clothing and documents bearing the marks that were confiscated in connection with the offenses. 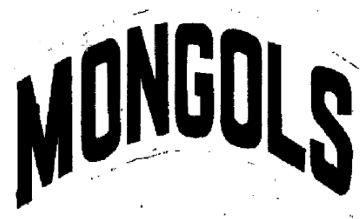 U.S. District Judge David O. Carter held that the logos were noncommercial collective membership marks, and that members use them solely to identify each other. The words and images were not used to distinguish the source or origin of particular goods or services in commerce. Judge Carter compared the emblems to trademark registrations by the National Rifle Association of America, the American Thyroid Association, and the Navy SEAL TEAM. For example, Reg. No. 1,323,914, “NATIONAL RIFLE ASSOCIATION OF AMERICA MEMBER," indicates membership in the organization “which promotes good citizenship, safe and proper gun handling, marksmanship for sport and national defense and recreational sport.” Similarly, Reg. No. 2,790,379, “CHRISTIAN DEER HUNTERS ASSOCIATION,” reflects membership “in a religious and education association of hunters and others supportive of the religious education of hunters.” These and other organizations use and protect their collective marks to show membership.

The court observed that the government does have a legitimate interest in “attacking the economic roots” of criminal organizations. Here, the Mongol Nation is a “convicted criminal entity.” But statements by the government showed that the purpose of the forfeiture proceedings was to interfere with the expressive capability of the emblems—not to stop their economic activity. The collective marks were described by officials in terms of the public impressions they created, as “unity symbols” and “potent emblems,” and as generating an atmosphere of fear. Following the 2008 ATF investigation, an official stated publicly that the government sought to “stop [a] gang member and literally take [a] jacket right off his back.” The court viewed the forfeiture as a “forced transfer” that would interfere in public display of the marks and chill continued rights to display the marks without threat of penalty. Forfeiture would then violate the First Amendment.

The court emphasized the importance of the right to associative expression, exemplified where clothing worn by a group identifies its membership, and the broader First Amendment right to associate, allowing groups to express ideas that the majority may disagree with. Members of the Mongol Nation had testified to the expressive nature of their logos, saying they used the logos “to indicate membership in an association of persons interested in the recreation of riding motorcycles” and “symbolize[]unity and brotherhood with my friends and fellow Club members.” The court concluded that regardless of how “potent” a symbol may be, or how much fear it generates, the government cannot justify restricting this speech, especially given the symbols’ purely associative purpose.

The Ill Fit of Trademark Law

The matter attracted the attention of seven law professors, including Professor Rebecca Tushnet of Harvard, who filed an amicus brief “In Support of Neither Party.” In their brief the professors explained why trademark law is unfit for what the U.S. attorneys sought through forfeiture. The amici pointed out that trademark law focuses on the symbol and its goodwill associated with the source or sponsor of the goods or services. A collective membership mark cannot be transferred (or forfeited to the government) without the goodwill attached. If the U.S. would be the new owner of the marks after forfeiture, what would the government do to prevent abandonment of the marks? The covered services related to the marks were membership in an association dedicated to motorcycles. Assuming that the U.S. would abandon the trademarks, abandonment would allow anyone to create a new right in the same mark. In addition, the amici reasoned, even if the U.S. could maintain ownership of the Mongol Nation marks that ownership would not prevent the types of use of the marks that the government intended. First sale of the goods (extinguishing the trademark owner’s interest), and creating goods for personal use (outside the ambit of trademark law entirely), and fair uses of the goods generally, could allow persons to keep wearing and using the emblems.

The professors underlined that trademark law, designed to regulate commerce and protect business goodwill, is unfit for dealing with social expression of identity. The real-world result of forfeiture, at best a legitimate transfer to a new owner who would use the Mongol Nation marks commercially, would not prevent the current Mongol Nation members from describing themselves “without treading onto dangerous First Amendment ground.”

This case adds to a growing pool of precedent reflecting trademark law’s uneasy peace with free speech. Along with cases that apply the Rogers test, limiting trademark infringement by expressive works to only those cases where use of the mark has no artistic relevance to the underlying work or is explicitly misleading (Rogers v. Grimaldi), and disparagement clause cases like Matal v. Tam (the right of a band such as The Slants to use a disparaging name; read our analysis in “Supreme Court Rocks the Trademark Office in ‘Slants’ Case”) and the “FUCT” mark case, Iancu v. Brunetti (certiorari granted), this case provides another reminder of the tension between the First Amendment and trademark law.

Here, the court acknowledged that tension and recognized that allowing forfeiture would suppress constitutionally protected speech. The zealous work of the government undid itself—the government’s eagerness to take the mark signaled the expressive force of the symbol. This holding again draws the border between two territories: commercial speech under trademark law, and expression protected by the First Amendment for any and every group and speaker, regardless of their popularity.