2019 was a record-setting year in Foreign Corrupt Practices Act (FCPA) enforcement by the Department of Justice (DOJ) and Securities Exchange Commission (SEC). The government obtained $2.65 billion in corporate settlements, including fines, penalties, and disgorgement, constituting the largest yearly total and average settlement amount for FCPA cases. A significant percentage of this figure involved settlements from the telecommunications, technology/IT, financial services, and oil and gas industries. DOJ and SEC continued to pursue enforcement for improper conduct in countries like China, India, Brazil, and Venezuela.

In addition, the government charged 39 individuals for FCPA-related conduct, representing one of the highest numbers of individual prosecutions ever pursued in a year (and a significant uptick from 2018). This development matches DOJ’s recent rhetoric that it would strongly pursue individual prosecutions in the FCPA context. DOJ took five of these individual defendants to trial – an unusual route for FCPA cases – creating new precedent for future enforcement actions. Interestingly, prosecutors are choosing to charge foreign bribery not only under the FCPA but under separate statutory schemes for related conduct. For example, the government charged foreign bribe recipients, who are not covered by the FCPA, using anti-money laundering and fraud statutes. Prosecutors will likely continue to explore these related avenues as part of the government’s overall anti-corruption efforts.

Following is a snapshot of 2019 FCPA enforcement: 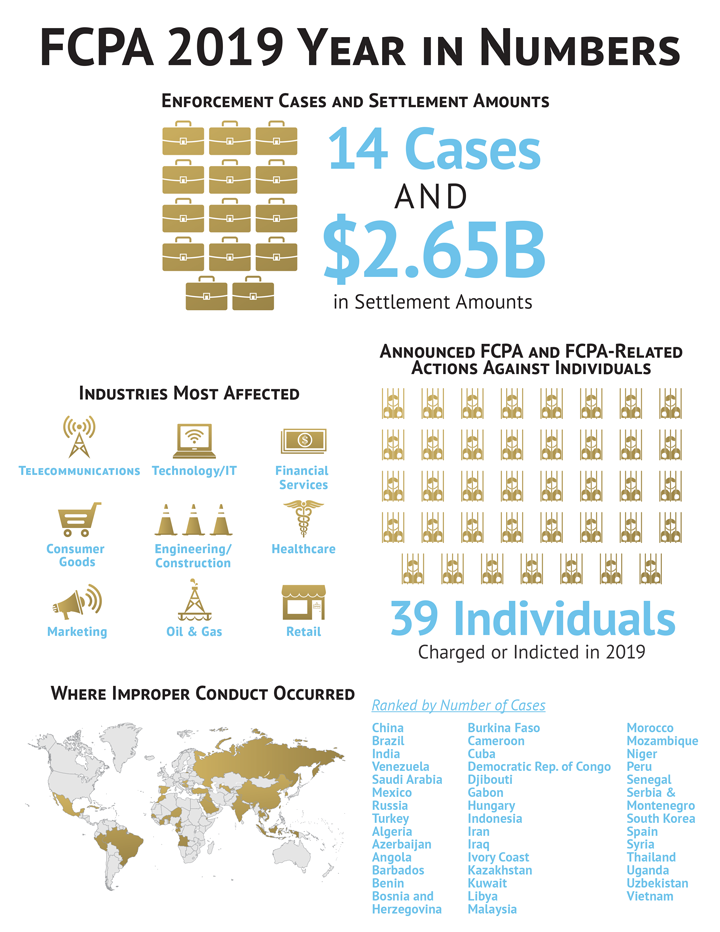