When can a mistake excuse an inaccuracy in a copyright registration? According to the Supreme Court, a good-faith mistake of fact or law in a registration does not preclude a copyright owner from asserting a claim for infringement.

Background of the Dispute

Unicolors is a textile company that offers fabrics with various artwork designs for use on garments. Unicolors then applies for copyright registrations over these designs. One such design was the “EH101” design—in 2011, Unicolors filed a single copyright application for EH101 and 30 other fabric designs and received a registration certificate.

H&M Hennes & Mauritz, L.P., an international clothing retailer, began selling a jacket and skirt combination in 2015 with a print called the “Xue Xu” design. Soon after, Unicolors brought copyright infringement claims against H&M in the Central District of California. 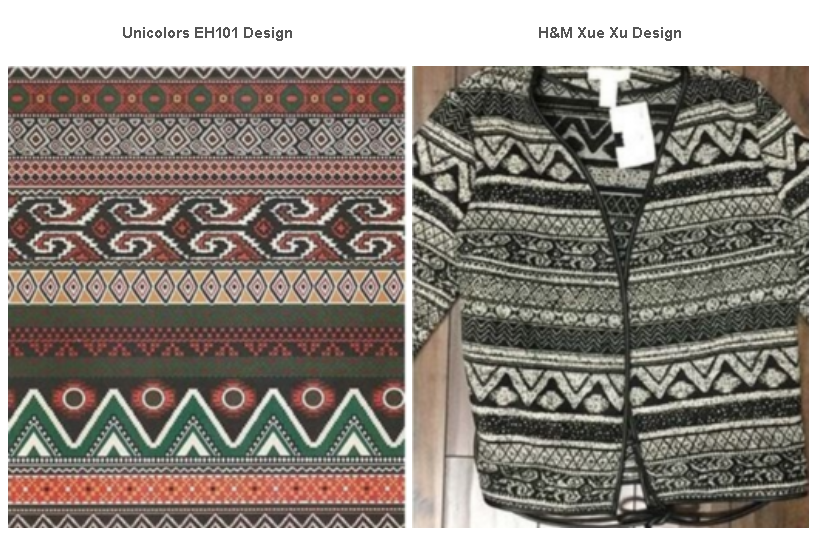 H&M argued Unicolors violated Copyright Office Regulation 37 CFR §202.3(b)(4), which states a single registration covers multiple works if those works were “included in the same unit of publication.” As the copyright application at issue sought registration for 31 separate designs, H&M argued the designs needed to be included in the same unit of publication. However, the designs at issue were not first offered together. Instead, some designs were marketed publically while others were marketed only to a specific customer and withheld from Unicolors’ public showroom for several months. Thus, the registration contained inaccurate information.At trial, a jury found for Unicolors on its infringement claim. The jury awarded Unicolors $817,920 as a disgorgment of H&M’s profits and an additional $28,800 in Unicolors’ lost profits (later reduced to $266,209.33 on remittitur, plus Unicolor’s attorneys’ fees). H&M then moved for judgment as a matter of law on the grounds that Unicolors’ copyright registration was inaccurate and thus, by extension, Unicolors’ infringement claim failed as Unicolors had no valid copyright in the EH101 design.

Unicolors took the position that it was not aware the 31 designs it was registering together did not satisfy the Act’s requirement for a “single unit of publication” when it submitted its application.

The Court held that if Unicolors “was not aware of the legal requirement that rendered information in its application inaccurate,” it therefore “could not have included that information in its application with knowledge that it was inaccurate.” The Court looked to other provisions of the Copyright Act and legislative history to support that “knowledge” in the context of 7 U.S.C. 411(b)(1)’s safe harbor provision means “actual, subjective awareness of both the facts and the law.”

In delivering the Court’s opinion, Justice Breyer made an illustrative analogy:

Suppose that John, seeing a flash of red in a tree, says, ‘There is a cardinal.’ But he is wrong. The bird is not a cardinal; it is a scarlet tanager. John’s statement is inaccurate. But what kind of mistake has John made? John may have failed to see the bird’s black wings. In that case, he has made a mistake about the brute facts. Or John may have seen the bird perfectly well, noting all of its relevant features, but, not being much of a birdwatcher, he may not have known that a tanager (unlike a cardinal) has black wings. In that case, John has made a labeling mistake. He saw the bird correctly, but does not know how to label what he saw.

Thus, the Court determined the difference between these two types of mistakes did not matter. Unicolors’ error was one of labeling (i.e., regarding the proper scope of the label “single unit of publication”). Therefore, the Court held that Unicolors’ registration was valid, and Unicolors satisfied this prerequisite for its infringement claim.

The impact of this ruling on copyright registrations and litigation remains to be seen, but it will have important implications for copyright applications, owners, and defendants alike. One side of the coin is reflected in the dissent, where Justice Thomas states, “The Court imposes an actual-knowledge-of-law standard that is virtually unprecedented except in criminal tax enforcement.” Generally, ignorance of the law is no excuse, but the Opinion expressly states that this principle “does not apply in this civil case concerning the scope of a statutory safe harbor that arises from ignorance of collateral legal requirements.”

On the other side of the coin, under the ruling, copyright owners appear to have more leeway to claim lack of knowledge regarding an inaccuracy in their registration applications. Nonetheless, any lack of knowledge must still be found to be in “good faith.” Willful blindness, or circumstantial evidence demonstrating an applicant was actually aware of inaccurate information, may continue to support a finding of actual knowledge.