There have been a number of foodie related trade mark disputes to hit the headlines recently, so we’ve taken a closer look at these and the key points to take away. 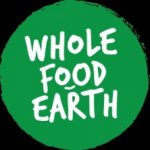 They opposed the application on the basis of unregistered and registered rights in the marks WHOLE FOODS MARKET and WHOLE FOODS, and also the following logos, all covering similar services to the contested application:

Whole Foods Market relied on a number of grounds to oppose the application, but the UK Intellectual Property Office (“UKIPO”) ultimately found for the applicant.

The UKIPO largely focused on the descriptive nature of the words WHOLE FOODS, the only element that coincided between the marks. As the words simply described Whole Foods Market’s services, they were unable to claim an exclusive right to the words WHOLE FOODS. As such, the level of protection afforded to that element of their marks was relatively low, and the differences between their marks and the applicant’s mark were sufficient to enable the public to distinguish between them. The opposition failed and Whole Foods Market was ordered to pay costs to the applicant.

Who rules the roost?

In a widely reported dispute, well-known restaurant chain Nando’s apparently sent a cease and desist letter to Reading based chicken restaurant Fernando’s, allegedly accusing them of infringing the rights in the Nando’s name and the following mark:

The director of Fernando’s stated that they got their name from Saturday night TV hit Take Me Out, where couples paired together on the show go on a date to the fictional location of Fernando’s.

Disputes of this type pop up all the time and are often widely namechecked by the media. It’s common that they get settled pretty early on, and well before any court proceedings are actually started – usually with the smaller business deciding to change their name. That said, the power of social media will regularly play a role, particularly as larger brands are often scared to be seen bullying smaller parties who don’t have the budget to fight any claim, regardless of whether this has merit or not.

There’s also the old saying that any news is good news, and it’s likely that far more people are now aware of Fernando’s than they were before Nando’s decided to take any action. However, choosing an identical or similar name to someone else in the same business is a risky strategy.

Rolling pins at the ready

The Great British Bake-Off will return to our screens soon, but Paul Hollywood has been keeping himself busy with a dispute with Knead Bakes Limited, a company who specialise in homemade crumpets.

The dispute kicked off last year when Knead Bakes applied to register the below mark for goods and services such as “crumpets”, “bread” and “preparation of food and beverages” in the UK: 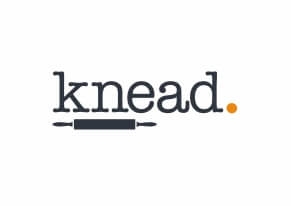 Unfortunately for Knead Bakes, SSP Financing UK Limited (financial backer to Paul Hollywood) filed an opposition to the application on the basis of their existing European Union trade mark (“EUTM”) registration for KNEAD, which covers largely identical goods and services. It turns out Paul Hollywood recently launched a bakery under the name at Euston Station, North London.

However, Knead Bakes have allegedly been using the KNEAD name since 2014 – long before SSP Financing obtained the EUTM registration and Paul Hollywood opened his bakery. This may give Knead Bakes some leverage to agree a co-existence or settlement, or counter-challenge the EUTM registration on the basis of their prior unregistered rights. It looks like the parties are currently trying to negotiate a settlement, as the opposition remains in the cooling-off period – will we see them breaking bread anytime soon?

One company that has successfully relied on its prior rights recently is PepsiCo, Inc., who applied to cancel a UK registration for the following mark, covering “soft drinks and non-alcoholic drinks”:

This was on the basis of their prior registered and unregistered rights for the following mark, also relating to “soft drinks and non-alcoholic drinks”:

PepsiCo primarily argued that the registration should be cancelled on the grounds that a likelihood of confusion existed, and that use of the contested mark would (a) take unfair advantage of the reputation of their earlier marks without due cause, and (b) be a misrepresentation that damaged their goodwill.

It’s worth noting here that PepsiCo were challenging a registration, rather than an application. However, in the UK, all new trade mark applications can be challenged pre-registration during an opposition period. Taking action at this stage is often far more straight-forward and cost-effective.

Points to take away

So what are the key points to take away from these foody disputes? Here’s our shopping list: