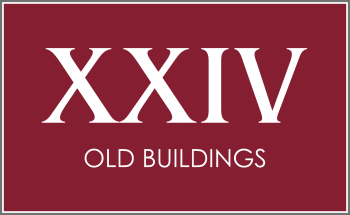 In Re Ovenden the Court of Appeal decided that a payment made by a trustee of company money to a third party, without the company’s involvement, could not be a transaction at an undervalue under section 238 of the Insolvency Act 1986 because it was not a transaction entered into by the company.

Before its own insolvency, Ovenden received substantial dividends in the liquidation of linked companies (‘CSM’). Ovenden entered into two agreements with its accountant, Mr Temple, giving him a right to a share in the proceeds.  The remaining funds were to be held by Mr Temple in his firm’s client account to the order of the company.

Over the course of the agreements, Mr Temple withdrew substantial sums and gave them to the defendant, apparently in satisfaction of personal loans.  Ovenden’s liquidator alleged that those payments were transactions at an undervalue entered into by Ovenden and sought to recover the money from the recipient under IA 1986, s241.  The claim was struck out by Peter Smith J (see [2013] 2 BCLC 388) on the basis that Ovenden had not “entered into” the impugned transactions.

The appeal was dismissed, the court upholding Peter Smith J’s reasoning.  The phrase “entered into” connotes the taking of some step or act of participation of the company.  The court considered the alternative scenarios that Mr Temple was or was not authorised to take the money and make the payments to Mr Hosking.  If he was not authorised, his act constituted a misappropriation of company assets, which was not a dealing with the company: Manson v Smith[1997] 2 BCLC 161 followed.  If, on the other hand, Mr Temple was authorised to make the payments to Mr Hosking, Ovenden had not taken any step or done any act other than enter the two agreements, which were never said to form part of the relevant transactions.

In a claim under s.238 of the Insolvency Act, it was important to identify both that there was a relevant transaction and that it was a transaction which the company itself had entered into, which connoted the company taking some step.  Improper dealing by a trustee of a company’s assets could not be said to be a dealing by the company.