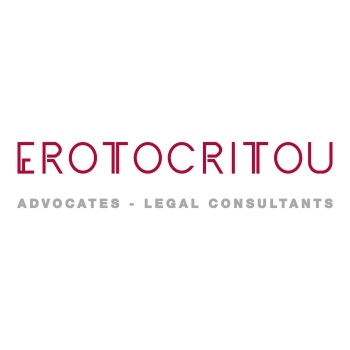 What are the formal requirements for an enforceable arbitration agreement?

Law 101/87 defines an ‘arbitration agreement in writing’ as follows:

An arbitration agreement is in writing if it is contained in a document signed by the parties or in an exchange of letters, telex, telegrams, or other means of telecommunication which provide a record of the agreement, or in an exchange of statements of claim and defence in which the existence of an agreement is alleged by one party and not denied by the other. The reference in a contract to a document containing an arbitration clause constitutes an arbitration agreement provided that the contract is in writing and the reference is such as to make that clause part of the contract.

Chapter 4 does not define the term ‘arbitration agreement in writing’.

Does the domestic law contain substantive requirements for the procedure to be followed?

Law No. 101/87 incorporates all mandatory provisions of the UNCITRAL Model law in international commercial arbitrations. For example, article 18 requires that the parties are treated with equality and that each party is given an opportunity to present its case; article 24(1) provides for a party with the right to request a hearing; and article 26 provides a party with a right to appoint and question an expert etc.

Chapter 4 does not contain any mandatory provisions for the arbitral process to be followed, but provides Cypriot courts with an extensive supervisory jurisdiction over domestic arbitrations.

When and in what form must the award be delivered?

Time for the award

There is no specific time limit for rendering an award under either Chapter 4 or Law No. 101/87. Nonetheless, there may be contractual limits within which such awards have to be rendered.

Form of an award

Pursuant to article 31 of Law No. 87/101, an international commercial arbitration award must state the reasons upon which the award is based, unless the parties have agreed otherwise or the award is an award on agreed terms. Furthermore, the award must be in writing, contain the date and place of the arbitration and be signed by all arbitrators.

Chapter 4 is silent on the form and content of domestic arbitral awards.

On what grounds can an award be appealed to the court?

In international commercial arbitrations, pursuant to Law No. 101/87, an award may be set aside on the same grounds as those provided in UNCITRAL Model Law, namely:

What procedures exist for enforcement of foreign and domestic awards?

As a contracting party to the Convention on the Recognition and Enforcement of Foreign Arbitral Awards of the United Nations of 1958 (the New York Convention), Cyprus is bound to enforce awards issued in foreign states that are contracting parties to that convention.

The New York Convention is incorporated in articles 35 and 36 of Law No. 101/87. As per article 35, the party seeking the recognition and enforcement of a foreign award must submit a relevant application supported by an affidavit, attaching the original or a certified copy of the arbitral award and the arbitration agreement as well as the translation of the same in Greek.

In domestic arbitrations, under Chapter 4, an award may, with leave of the Cypriot court, be enforced in the same manner as a Cyprus judgment or order to the same effect. In such case, judgment may be entered in the same terms as the terms the award.