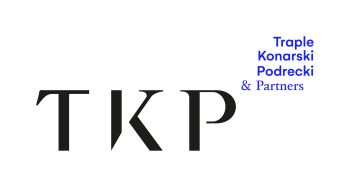 Employee benefit cards which grant free access to a wide range of sports facilities are commonly offered by employers wishing to reward their staff or attract new employees. In Poland, the number of market players who issue such cards is limited. In fact, one would be hard-pushed to name more than one brand of employee benefit cards. By contrast, there is fierce rivalry for clients among fitness clubs. This playing field forms the background for antitrust proceedings recently launched by the Polish Office of Competition and Consumer Protection (UOKiK) in a case of an alleged cartel involving 16 fitness clubs and a well-established provider of employee benefit cards. The latter is believed to have colluded with the fitness clubs to foreclose the market to its main competitor. Moreover, the competition watchdog suspects that the fitness clubs divided the market between themselves so as to restrict competition in several major Polish cities. This in turn could have led to a more limited choice for consumers.

It is rumored that the proceedings were triggered by a complaint submitted by a rival employee benefit cards provider. Back in 2017 the UOKiK carried out unannounced inspections at the premises of the undertakings in question, searching for indications of anti-competitive conduct. According to an official press release, the evidence collected by the watchdog suggests that as many as six managers were involved in the arrangement of the collusive practice.

This case is noteworthy for three reasons. To start with, it is the first time ever that the Polish competition authority has decided to apply the provisions which allow for attribution of antitrust liability to a natural person in charge of a business. Though the relevant regulation was introduced back in early 2015 and has therefore been in place for over three years now, it had not been invoked in any proceedings until now. Under Art. 6a of the Polish competition act, if an undertaking is found to have infringed the ban on anti-competitive agreements, antitrust liability can also be attributed to a managing person who – acting within their remit – intentionally allowed the undertaking commit the infringement. Where this is the case, a fine of up to 2 million zloty (approx. 500,000 euro) may be imposed on the person. Interestingly, the personal liability covers not only cartels but also vertical agreements. Before their entry into force, these provisions were showcased as an effective tool that would deter any managing person from engaging in practices bearing even the slightest symptoms of an anti-competitive agreement. It may be rather hard to estimate how many managers have indeed abandoned their collusive schemes at the very thought of the severe fines. However as the regulations had not been invoked even once by the competition authority since their adoption, their preventive effect have eroded over time. This tendency must have reversed overnight upon the announcement of the reported proceedings.

The second reason why this case merits special interest is the vertical integration of at least some of the parties, which could have a key influence on the overall assessment of the facts. While the official press release refrains from identifying the corporate links, the media has reported that the benefit cards provider and some of the fitness clubs are part of a bigger group. This begs the question of whether the alleged activity, directed against a rival employee benefit cards provider, should rather – at least partially – be framed within the single economic unit doctrine for the purpose of its antitrust scrutiny. The doctrine is commonly invoked in antitrust cases before the European Commission but has no explicit legal basis in the Polish competition act. The UOKiK’s position in the case could therefore shed some light on the applicability of this concept under the Polish law.

Finally, if the allegations prove to be substantiated, the case will constitute a rare instance of a horizontal anti-competitive agreement to be exposed by the Polish competition authority lately. Despite the incentives offered by the leniency program, the number of cartels investigated by the UOKiK in the last few years is not particularly impressive. The case at issue could reverse this trend. In addition, it would also offer some room for reflection on cartel participation of businesses active on an upstream or a related market.