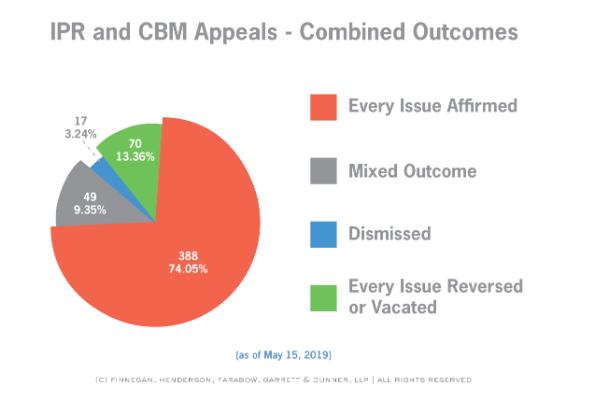 The court dismissed 17 (3.24%) appeals without rendering a decision on the merits. Dismissals may occur, for example, where the Federal Circuit determines that it does not have jurisdiction to hear an appeal, such as in an appeal from a PTAB institution decision.

As the Supreme Court established in Cuozzo Speed Techs., LLC v. Lee, the Federal Circuit is barred from considering appeals from at least certain aspects of institution decisions under 35 U.S.C. § 314(d). Dismissals may also result from settlements among the parties to the appeal, or where the court determines that a prior decision renders an appeal moot. However, with the Federal Circuit’s en banc opinion in Wi-Fi One, LLC v. Broadcom Corp. determining that decisions regarding the IPR time bar under 35 U.S.C. § 315(b) are reviewable on appeal, the number of PTAB appeals to the Federal Circuit may increase over time.

The volume of issues on appeal may also increase as a result of the Supreme Court’s decision in SAS Institute Inc. v. Iancu. In response to SAS, the Patent Office has decided that, if it institutes review on any claim, it will also institute review on every claim and ground presented in a petition. The Federal Circuit has also remanded some final written decisions issued after SAS where the PTAB did not consider every challenge presented in a petition. 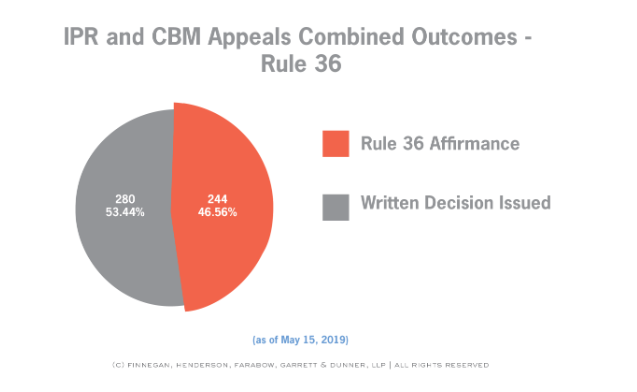 An important tool that helps the Federal Circuit manage its significant docket of PTAB appeals is the Rule 36 affirmance, whereby the court affirms the PTAB without rendering a full, written opinion. Of the 524 PTAB appeals it has considered thus far, the Federal Circuit has issued Rule 36 affirmances in 244 (46.56%) cases. The court issued written opinions, including affirmances, reversals, dismissals, and mixed decisions, in 280 (53.44%) cases. 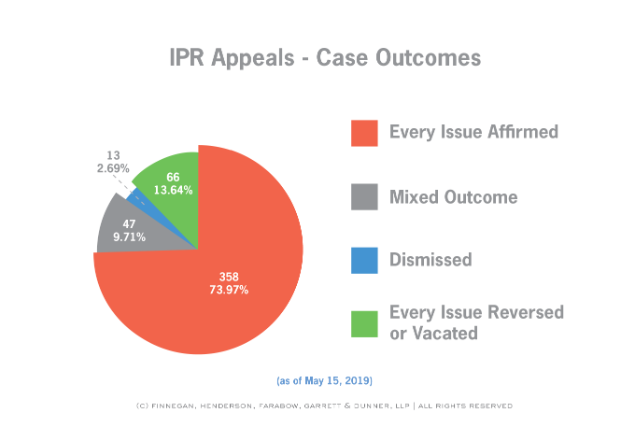 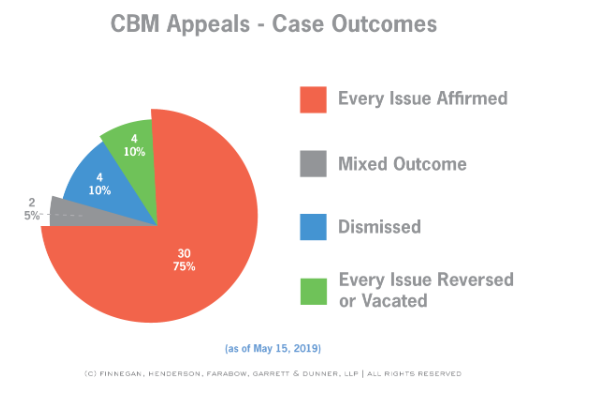