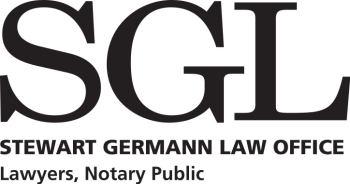 Is your jurisdiction party to the Paris Convention for the Protection of Industrial Property? The Patent Cooperation Treaty (PCT)? The Agreement on Trade-Related Aspects of Intellectual Property Rights (TRIPs)?

Can the licensee be contractually prohibited from contesting the validity of a foreign licensor’s intellectual property rights or registrations in your jurisdiction?

Yes. The licensee can be contractually prohibited from contesting the validity of a foreign licensor’s IPRs or registrations, and there does not appear to be a law that precludes this; it would be prudent for such a clause to be included in any agreement.

If a trademark or patent (or any other IPR capable of registration, such as a registered design) expires in relation to its registration or is declared invalid, then the legal effect would be to take away the protection of such IPR that may lead to its abuse by a licensee. However, the tort of passing off would assist any licensor should a renegade licensee try to take advantage of the situation, but a licensee who is not the subject of a legally binding licence agreement would be free to compete.

Can unregistered trademarks, or other intellectual property rights that are not registered, be licensed in your jurisdiction?

Are there particular requirements in your jurisdiction to take a security interest in intellectual property?

A foreign owner may institute proceedings in such a manner without joining the licensee, although it would be normal for the foreign owner or licensor of intellectual property to consult with the New Zealand licensee, who may be very helpful in providing information for the attack on the infringing third party. In relation to proceedings against an infringer of the licensed intellectual property without the consent of the owner or licensor, it would depend upon the exact wording of a clause in the relevant agreement. Normally, however, an agreement should preclude a local licensee from attacking an infringer without the consent of the owner or licensor.

A trademark or service mark licensee could only sub-license the use of that mark to a third party if the agreement provided such a right. It would be unusual in our opinion, and such agreement should preclude any right to sub-license.

A foreign licensor may license the use of an invention subject to a patent application for which the patent has not been issued in New Zealand.

Can the following be protected by patents in your jurisdiction: software; business processes or methods; living organisms?

The Patents Act 2013 provides for the appointment of an office and place for the purpose of communications to and from the public on matters arising under the Act, the power to appoint a Maori Advisory Committee, appointment of the Commissioner and Assistant Commissioners of Patents, and regulation-making powers.

A number of exclusions are included in the Act and they include:

There is no specific legislation that governs trade secrets or know-how, but there are common law principles that would apply and give protection. In particular, there are laws covering breach of confidential information, which includes know-how, business data, trade secrets, product and process inventions.

Does the law allow a licensor to restrict disclosure or use of trade secrets and know-how by the licensee or third parties in your jurisdiction, both during and after the term of the licence agreement? Is there any distinction to be made with respect to improvements to which the licensee may have contributed?

New Zealand law allows a licensor to restrict disclosure or use of trade secrets and know-how by the licensee or third parties, and it is a matter of contract. There are no restrictions except in the area of restraint on competition or restraint of trade, both during the term and after the expiration of the term or termination of a licence agreement. If restraints on competition are too wide and simply too tough, they will be determined to be against public policy and be declared illegal pursuant to section 83 of the Contract and Commercial Law Act 2017. There is no distinction to be made with respect to improvements to which the licensee may have contributed.

What constitutes copyright in your jurisdiction and how can it be protected?

The law relating to copyright in New Zealand is contained in the Copyright Act 1994. There is no registration system for copyright, although, as a signatory to the Berne Convention for the Protection of Literary and Artistic Works 1886, it is possible to register copyright works internationally. In essence, copyright is inherent, but it is not the ideas that are protected by copyright: it is the tangible evidence of skill, labour and judgment that have resulted in the copyright work.