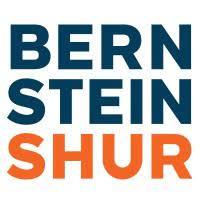 Although the Federal Aviation Administration oversees all aspects of civilian aircraft operation in the national air space, state and local governments have begun to enact laws and ordinances to regulate the use of drones to protect the privacy and safety of their residents. This alert focuses on recent state regulation related to drones and the interplay between such regulation and the FAA’s authority.

To date, twenty states have passed laws related to drones– Arkansas, California, Florida, Hawaii, Illinois, Louisiana, Maine, Maryland, Michigan, Mississippi, Nevada, New Hampshire, North Carolina, North Dakota, Oregon, Tennessee, Texas, Utah, Virginia, and West Virginia – while four additional states are currently studying the issue. The laws range from the prohibition of voyeurism, to restrictions on paparazzi, to prohibiting the use of drones for hunting, fishing or trapping (and likewise prohibiting the harassment of an individual who is hunting), to a task force to establish landowner and privacy rights and rules for the operation of drones state-wide.

The Maine Legislature enacted a law this year that requires law enforcement agencies to receive approval before acquiring drones and to follow certain operating standards. The bipartisan law, PL 2015, Ch. 307, prohibits law enforcement agencies from using a weaponized drone, and from using a drone in a criminal investigation without a warrant, with certain exceptions. The law also addresses privacy and free speech matters by prohibiting law enforcement from using a drone to conduct surveillance of private citizens peacefully exercising their rights of free speech and assembly.

In New Hampshire, the State Legislature passed a law to address the harassment of hunters – by prohibiting the use of a drone to disturb wild animals with intent to prevent their lawful taking and also prohibiting the surveillance of an individual who is lawfully hunting, fishing or trapping. The state’s Fish and Game Department through rule also has banned the use of drones, smart rifles and live-action cameras for hunting.

As we previously discussed, the FAA Modernization and Reform Act of 2012 outlined certain parameters for the operation of drones and required the agency to promulgate rules – which were supposed to be finalized in September. There has been considerable discussion about whether the FAA intends to preempt the regulation of drones, even in areas such as zoning and privacy laws adopted pursuant to the traditional state police power to ensure the safety of their residents – at least in airspace below that of which the FAA historically regulates. Until the FAA clarifies their authority through the upcoming rules, states will continue to enact laws to address the increasing number of drones used throughout the country.

Until the FAA regulations are adopted, operators must be aware of both federal and state laws before operating a drone either recreationally or commercially. The next installment will discuss recent regulations at the local and municipal level.