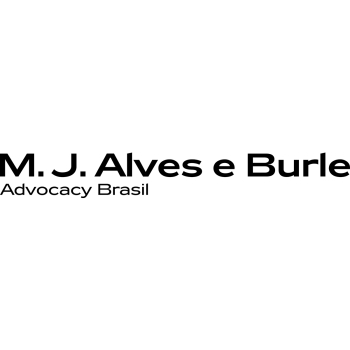 Lobbying is not regulated in Brazil. The activity is performed on the grounds of article 5, XXXIV, subparagraph (a) of the Constitution, which grants everyone the right to represent their interests and to advocate against illegalities and abuse of power. The Constitutional right of petition ensures that every citizen and sector has their demands and pleas assessed by the government, which indirectly confers on everyone the right to lobby. As such, although no legislation in Brazil regulates lobbying itself, several rules seek to set the parameters for public-private sector interaction. These rules, combined with the right to petition the government, are understood as the framework for lobbying in Brazil.

The main binding rules for lobbyists in Brazil are:

When discussing lobbying regulation, it is important to note the role played by Operation Car Wash (a criminal investigation carried out by the Federal Police of Brazil that began as an investigation into money laundering and expanded to corruption at state-controlled oil company Petrobras and other private companies) in raising awareness about lobbying malpractice and placing discussions about transparency, legitimacy and lobbying activities on the national agenda on a daily basis.

Although the aim to regulate lobbying has only been a focus recently, it has been on the agenda for Congress for over 20 years, when the first bill to regulate the activity was submitted to the Senate. Since then, several bills have been proposed and the one leading the legislative process with strongest support is Bill 1202/07. It is currently on the floor to be voted on by the plenary of the House.

Another direct consequence of lobbying awareness is the increasing number of private associations created with the purpose of uniting lobbyists and discussing the regulation of the activity. Most of these associations have a binding internal code of conduct that may serve as an informal marker of good conduct in the market. This voluntary membership may be interpreted as tentative self-regulation.

In Brazil, the term ‘lobbying’ has assumed a depreciatory meaning, related to the act of wrongdoing. Consequently, all draft and issued bills have avoided the expression.

In Congress and in the executive branch some definitions are under discussion, and may indicate how the subject might be regulated in future. There are over 10 bills in Congress that propose regulating lobbying. As mentioned in question 6, Bill 1202/07 is the leading bill and it defines lobbying based on two different and complementary concepts:

There is no mandatory registration for lobbyists in Brazil, but there is voluntary registration in Congress for lobbyists who represent public agencies or civil entities recognised and authorised by the Senate or the House of Representatives’ board of directors. This register is intended to facilitate access to Congress. It does not entail any disclosure to the entities and professionals accredited. Each federal body or civil entity is limited to two representatives per House. Only associations, trade unions and entities with national representatives have the right to register their representatives in Congress. Recently, the Senate system changed so that only government officials may register.

Bill 1202/07 does not require lobbyists to register and it establishes a minimum disclosing rule for lobbyists to name who they are representing when engaging with politicians or public officials.

Since there is no lobbying registration in Brazil, there are no rules for lobbying disclosure. It has become increasingly common for lobbyists to request formal meetings with congressmen, but it is also still commonplace to see citizens and representatives engaging with congressmen in the hall passages, and at events and committees that take place in Congress.

The same does not apply to the executive branch because of the rules enforced by article 11 of Law No. 12,813/13. According to this Law, directors must make their daily agenda available on the internet, indicating who attended all the meetings held on that day. In addition, Decree No. 4,334/02 provides that meetings with any government official must be requested by email or fax, disclosing the association, company or individual requesting the meeting, the name of each private-sector representative and the subject matter to be addressed. The meetings must be attended by at least two public officials and a record of the meeting must be registered afterwards.

There are no disclosure rules for lobbying as there is no distinction between lobbying activities practised on behalf of third parties or an individual’s own interests, or even by non-profit entities. It is possible that disclosure rules will be enacted in the future, jointly with a lobbying regulation, since there are no constitutional rules forbidding such disclosure. The Brazilian Bar Association’s Code of Conduct, however, exempts lawyers from disclosing confidential information related to their clients and contracts.

Brazil does not regulate lobbying. As a consequence, it is not mandatory for lobbyists to disclose information about their services, engagement, clients or finances.

There is no lobbying regulation in Brazil. Therefore, lobbyists are not required to report their activities, earnings or engagements. The same applies to companies and associations that enlist lobbying services.

The main proposal in Congress Bill 1202/07 does not mandate disclosure of lobbying activities. It establishes voluntary registration for lobbying professionals but does not go into details of which procedures will be required for certification and whether disclosure will be part of it.

There are no disclosure rules for lobbying in Brazil. Therefore, there is no data regarding registry information and reports on lobbying activities to be released to the public. Upon request, the House and Senate registration systems (see questions 8 and 13) will disclose the entities registered in their files, but not the name of those representing them.

For instance, the Code of Conduct of the High Administration is an indication of the limits imposed by the legislature on the private and public sectors with regard to dispensing gifts and financing events, lunches and trips. The Clean Company Act imposes stricter sanctions on private companies for actions carried out against the government by introducing strict liability for private companies. All procedures related to the legislative process are described in the Internal Rules of each house of Congress. In addition, Law No. 8,429/92 addresses the actions that are considered administrative misdemeanours and the Penal Code prescribes crimes related to public-private interaction.

Most private associations of lobbyists have a binding code of conduct for their members.

Brazil does not have specific media regulations with regard to lobbying. There are broad limitations, and commercial interests’ use of the media to influence public policy outcomes is not specifically addressed.

Brazilian consumer law establishes limits on all marketing campaigns, such as the prohibition of misleading and offensive advertising. Confusing consumers’ perception of products, etc, through advertising is also prohibited.

The media is self-regulated and the National Council for Advertising Self-Regulation (CONAR) is responsible for creating and enforcing advertising-related rules. CONAR Resolutions do not address the influence of propaganda on public policy outcomes.