Reputation and the power of the influencer: Sugar Bear Hair v Beauty Bear

The Opposition Division and Board of Appeal at the EUIPO have highlighted the power of influencer promotion, referencing social media endorsements by the Kardashians, in a finding of reputation and enhanced distinctiveness.

The decisions suggest that, through successful social media campaigns, the reputation of celebrities and influencers can effectively be transferred to the brands and trade marks which they endorse. 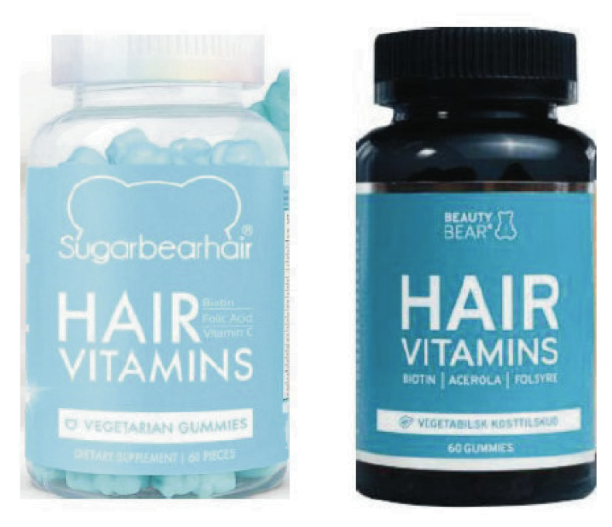 BeSweet Creations LLC owns EU trade marks for “SUGARBEAR” and “SUGARBEARHAIR” and the figurative mark, shown on the bottle above, (the SUGARBEAR marks) for goods and services relating to vitamins in classes 5 and 35.

The brand has achieved online fame, especially within the young female demographic, by marketing their hair vitamins through celebrity influencers like the Kardashians. These vitamins are now widely referred to online as the “Kardashian hair vitamins” and have spawned various copies of the now “insta-famous” blue, bear- shaped, gummy vitamins.

The Opposition Division upheld the opposition entirely on the basis of Article 8(5) finding that the trade mark applied for would take unfair advantage of, or be detrimental to, the distinctive character or the repute of the SUGARBEAR marks.

The opponent had relied heavily on the endorsements of influencers like the Kardashians and resulting sales in the UK, to substantiate its reputation claim. At the relevant date, three of the Kardashian sisters had promoted the brand on their Instagram accounts.

The brand and the SUGARBEAR marks also enjoyed significant indirect advertising through articles published by Cosmopolitan, Telegraph, Elle, The New York Times and Yahoo, among others.

As the press interest was clearly driven by the endorsements, this demonstrated that, “at least part of the significant degree of recognition enjoyed by these celebrities has been successfully transferred to the opponent’s products and earlier marks.”

The Opposition Division admitted that the opponent’s submissions lacked some common categories of evidence, typically relied upon in reputation claims, such as advertising spend. However, the intensity of the promotion through social media endorsement and resulting sales in the UK, were considered sufficient to affirm the reputation claim.

Board of Appeal decision

The decision was appealed and the Board of Appeal confirmed the decision based on the likelihood of confusion claim.

The Board of Appeal found that the goods were either identical or similar, whilst the marks were considered to be similar to an average degree. The coincidental BEAR element was considered the most distinctive element of both signs. The Board of Appeal rejected claims that BEAR was descriptive for the goods, regardless of the shape of the vitamins, instead finding that the differentiating elements SUGAR and BEAUTY were descriptive and therefore had a reduced impact on the overall impression of the signs. The signs were considered visually and aurally similar to at least a low degree and conceptually similar to an average degree.

The opponent was successful in arguing enhanced distinctiveness for goods in class 5. The Board of Appeal again pointed to the vast efforts in promotion through popular social media channels which resulted in certain degree of success in terms of sales.

In evaluating the social media endorsements, the Board of Appeal concluded that the “promotional messages have reached thousands of followers in Instagram or YouTube and having regard to the very well-known character of the influencers and celebrities it may be inferred that a relevant part of the public, in particular in UK, were exposed to the earlier marks and have a certain knowledge thereof.”

This case serves as a reminder that marketing and advertising trends are always evolving. In a fluctuating social and new media landscape, the evidence submitted for reputation and enhanced distinctiveness should not necessarily be limited by traditional evidential expectations and requirements.