The terms “pseudonymize” and “pseudonymization” are commonly referenced in the data privacy community, but their origins and meaning are not widely understood among American attorneys. Most American dictionaries do not recognize either term.1 While they derive from the root word “pseudonym” – which is defined as a “name that someone uses instead of his or her real name” – their meanings are slightly more complex.2

The CCPA was the first United States statute (federal or state) to use either term.3 The CCPA’s definition borrows from the European GDPR enacted two years prior. Indeed, except for minor adjustments to conform the definition to CCPA-specific terminology (e.g., “consumer” instead of “data subject”), the definitions are virtually identical: 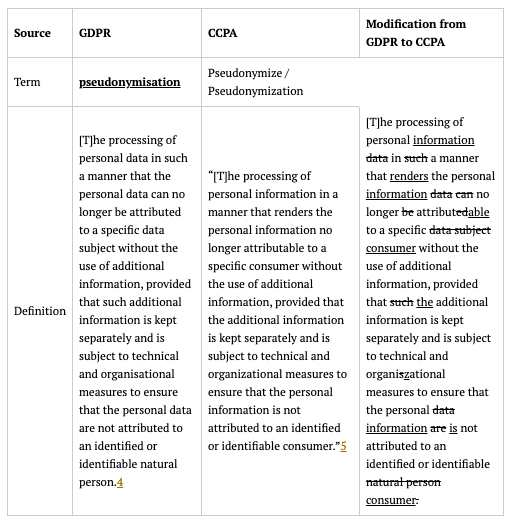 To view all formatting for this article (eg, tables, footnotes), please access the original here.
Greenberg Traurig LLP - David A. Zetoony
Back Forward