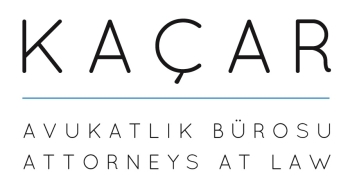 Turkey has, for the first time, introduced mediation as an alternative dispute resolution system in 2012. The Law on Mediation for Civil Disputes (“Law”) which was published in the Turkish Official Gazette on 22.06.2012 and came into force on 22.06.2013 mainly regulates the principles and procedures applicable in resolving civil disputes by mediation.

Mediation, as described in Article 2 of the Law, shall mean a voluntary dispute resolution method; with the participation of an impartial and independent third party with specialty training, bringing the parties together to discuss and negotiate by way of systematic techniques and establishing a communication process between them in order to help them to understand each other and thus enabling them to work out their own solutions.

Mediation under the Law offers a quick, cheap and confidential way of resolving disputes and allowing parties in dispute to reach their own amicable settlement. Parties may demand the issuance of a commentary regarding the enforceability of the settlement document before the competent execution court. In accordance with Article 18 of the Law, the agreement containing such commentary shall be considered as a document with the power of a court judgment. The outstanding advantage of mediation is that the stamp tax duty of the parties are fixed at TRY 45,80 whereas the settlements out of mediation are subject to stamp tax which is approximately %1 of the settlement amount.

Some restrictions on the application for mediation are applied under the Law. Article 1 of the Law stipulates that mediation shall only be applied in the resolution of private law conflicts arising solely from the affairs or actions of the parties who have the capacity to settle such conflicts, including those containing a foreign element.

Considering the restrictions as stated in the Law, it is being accepted that parties cannot apply to mediation in the adjudication of bankruptcy applications, formal restructurings such as applications of postponement of bankruptcy, concordat or restructuring of capital companies by conciliation. Mediation can be used as a great tool for all stakeholders who desire to come to a solution in relation to continuity of the business and payment of debt as soon as possible. Therefore debtor and/or ideally its leading financial creditors who have interest in the continuity of the debtor may commence mediation process. On the other hand, parties including debtor, creditors and/or insolvency administrations who desire to conclude an amicable settlement with their counterparties and resolve their disputes may also commence mediation process.

Currently, insolvency proceedings in Turkey are mainly regulated under Execution and Bankruptcy Law (“EBL”). However, EBL does not provide any provision with regard to informal restructurings. In practice, debtors in financial distress generally negotiate and try to restructure their debts with private agreements concluded with their creditors. These workouts are mainly commenced by debtors with their main financial creditors and these concluded agreements do not have the power as of a court judgment. On the other hand, formal restructuring procedures which are available to debtors in Turkey are ineffective to provide desirable solutions for all stakeholders and sufficient protection periods for debtors. This creates a demand for an updated restructuring procedure which should be based on cross-border experiences.

Restructurings can also be defined as a dispute as one party- the debtor- demands for a protection period to pay its debt and/or to reorganize its business and the other party- the creditor- demands its receivable on the due date. Most importantly, whether it is a formal or an informal restructuring process, the establishment of a good communication across all stakeholders is desired.

Based on these facts, mediation under the Law is the optimal alternative dispute resolution system that can be applied by the parties in dispute and fill the gap which financially distressed debtors are in urgent need of due to the absence of a legislation regulating the informal restructuring proceedings and insufficient formal restructuring proceedings. Both financially distressed debtor and its creditors may apply mediation and negotiate the terms of the debt restructuring, the reorganization project of the business, the protection period and repayment of the debt on the new due dates throughout the mediation process. The role of the mediators in this scope can be to facilitate communication across all the stakeholders with a view to help them reach voluntary resolutions which allow the business to remain and the debtor to pay back more of its debts than if its business was forced to close down and be liquidated.