A recent case of the City of London Magistrate’s Court has become the first in the United Kingdom to definitively rule that the sale of illegal streaming devices constitutes a breach of copyright law.

Illegal streaming devices / illicit set-top boxes, or just “ISDs”, are media-players (often in the form of set-top boxes) that have been pre-configured to provide access to streaming websites. Generally, such access will be in the form of hyperlinks, which then take users to platforms where they can freely access films, TV shows and live sports broadcasts that would otherwise require paid subscriptions. Needless to say, such websites host these copyrighted works without the authorisation of the copyright owner, and many have been closed in recent years under increasing legal scrutiny. However, the application of the law to the retailers of these devices, who are removed from the hosting of the websites themselves, had been less than clear.

The UK case comes just over two years after a similar, landmark ruling by the European Court of Justice, demonstrating the readiness of the courts to intervene in order to protect the legitimate rights of copyright owners and suggesting a similar crackdown may be on Australia’s horizons.

On 3 October 2019, Mr Ammar Al-Silawi, a 39-year-old man with a shopfront on Edgware Road in London, was sentenced to 300 hours of unpaid community service – the maximum criminal sentence available for conviction on two charges of copyright infringement and two charges of fraud. The trial had been heard on 12 September and was brought by the Premier League, the top tier football league in England, whose live sports broadcasts had been allegedly accessed through ISDs sold by Mr Al-Silawi.

The trial came about following an investigation in July conducted by the Premier League, the Federation Against Copyright Theft (also known as FACT) and UK law enforcement agencies. As part of the investigation, FACT delivered Cease and Desist Notices to individuals, at 16 locations across the UK, who had been allegedly supplying unauthorised access to sports streaming content. Despite being served with such a notice, Mr Al-Silawi had continued to sell the devices in question – a factor which later contributed to the Court’s hard-line ruling against him.

This case and the investigation that preceded it are indicative of the growing determination of copyright owners to tackle infringement at a grassroots level. It confirms that small-time sellers of such devices, who may once have felt safe from legal action in the shadow of larger players, are also culpable in the eyes of the law. Mr Al-Silawi was found guilty of copyright infringement under the Copyright, Designs and Patents Act 1988 (UK). As this provision is reflected in both the Berne Convention and its various domestic counterparts, the case is an important bellwether in terms of how similar situations may be treated internationally.

This decision[1] comes off the back of similar case heard in the European Court of Justice in 2017, in which the Court ruled that the sale of ISDs constituted a breach of Article 3(1) of the EU Information Society Directive.[2] This case was brought by Stichting Brein, a Dutch foundation that advocates for the protection of authors’ copyright rights, against Mr Wullems, who was found to have sold modified mediaplayers online (including on his own website, www.filmspeler.nl). He had programmed the devices with add-ons that would direct the user to illegal streaming websites, marketing the devices as a way of accessing protected works for free:

Want to watch free films, series, sport without having to pay? Who doesn’t?!’[3]

The main issue here, as in the case above, was whether or not the retail of these devices constituted communication of the copyrighted works to the public, this time as restricted under Article 3. The Court had previously held[4] that providing clickable links on a website that would take users to protected works did constitute an act of communication. In this instance, it extended that principle to the sale of ISDs which had been specifically programmed to facilitate unauthorised access to copyrighted materials. 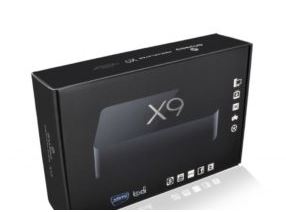 Consequences for pirates at home

According to Creative Content Australia, in 2018 over 1 in 5 Australians were using an illegal pirated app on their media-players.[6] As of yet, the retailers of such devices haven’t been brought before the Australian courts. However, in April 2018 the Federal Court of Australia cracked down on websites offering illegal TV subscription services like those accessed on ISDs. The Court granted Village Roadshow and six Hollywood studios an injunction to block 16 sites that allowed unlawful streaming of channels such as Disney, Fox HD and various English Premier League football channels.[7] The ruling was made under section 115A of the Copyright Act 1968 (Cth), which was amended in 2016 to facilitate the blocking of online locations whose primary purpose (and more recently, primary effect) is copyright infringement.

Similar to the UK Copyright, Designs and Patents Act, Section 31(1) of Australian copyright legislation sets out the copyright owner’s exclusive right to communicate their work to the public. The infringement of copyright, including by authorising another person to do any act comprised in the copyright, is prohibited under section 36. Given the increasing focus on tackling internet piracy, it seems likely that local retailers of ISDs in Australia could soon be under fire.

The data – and implications of real-time bidding