In brief: patent prosecution in Greece 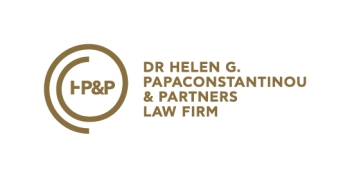 Scope and ownership of patents

Can a patent be obtained to cover any type of invention, including software, business methods and medical procedures?

In order for an invention to be patentable in Greece it must be new, involve an inventive step and be susceptible to industrial application. A patentable invention may concern a product, process or industrial application. In order for an invention to be considered as involving an inventive step, it must not be obvious to a person skilled in the art. In order for it to be considered susceptible to industrial application, the subject matter must be possible to produce or use in any industrial field. Exempt from patent protection are: (a) discoveries, scientific theories and mathematical methods; (b) aesthetic creations; (c) schemes, rules and methods for performing mental acts, playing games or doing business, and computer software; (d) presentation of information; (e) methods for treatment of the human or animal body by surgery or therapy; (f) diagnostic methods practiced on the human or animal body; (g) inventions the publication or exploitation of which would contravene public order or morality; (h) plant or animal varieties or biological processes for the production of plants or animals; this provision does not apply to microbiological processes or the products thereof. As mentioned above, software is expressly excluded from patentability. However, computer-related inventions are patentable in Greece to the extent that the European Patent Office considers them patentable. In this respect, an invention that uses a computer program must be a functional system accompanying specific hardware.

Who owns the patent on an invention made by a company employee, an independent contractor, multiple inventors or a joint venture? How is patent ownership officially recorded and transferred?

As according to Greek law there is no substantial examination, provided that a patent application meets all the formal requirements, a patent may be granted within 14 to 16 months of filing. The costs involved up to grant, in accordance with the currently applicable official fees, are €500 €667, depending on whether the applicant will request the issuance of a simple or a justified search report. Higher fees must be expected if the application comprises more than 10 claims.

Are there any procedures to expedite patent prosecution?

The Greek law on patent protection does not provide for any procedures for expedited patent prosecution.

What must be disclosed or described about the invention in a patent application? Are there any particular guidelines that should be followed or pitfalls to avoid in deciding what to include in the application?

According to the law, the specification of the invention must be complete and clear enough so that an expert skilled in the art may work the invention as described.

The specification must determine the technical field to which the invention relates and the state of the prior art, which is useful for understanding the invention, must be indicated. It must further determine the invention as defined in the claims, by appropriate technical terms so that that the technical problem the invention aims to solve as well as the provided solution can be understood. It must also present the advantages of the invention in relation to the state of the prior art, contain a brief description of the figures in the drawings (if any) and provide a detailed description of at least one way of carrying out the claimed invention, providing examples where possible. Finally, it must provide an explicit clarification of the way in which the invention can be applied in industry.

The claims must define the subject matter for which protection is sought and must be fully supported by the specification.

Must an inventor disclose prior art to the patent office examiner?

May a patent applicant file one or more later applications to pursue additional claims to an invention disclosed in its earlier filed application? If so, what are the applicable requirements or limitations?

Is it possible to appeal an adverse decision by the patent office in a court of law?

Decisions of the Greek Patent Office are enforceable administrative acts and as such they can only be challenged before the Council of State (the Supreme Administrative Court of Greece).

Oppositions or protests to patents

Does the patent office provide any mechanism for opposing the grant of a patent?

The Greek law does not provide for opposition procedures before the Greek Patent Office. The validity of a patent may be challenged only before the competent civil courts by means of a nullity action.

Does the patent office provide any mechanism for resolving priority disputes between different applicants for the same invention? What factors determine who has priority?

There are no mechanisms for resolving priority disputes before the Greek Patent Office. Such disputes may be resolved before the competent civil court, upon a lawsuit of any third party, claiming rights on the invention. According to the law, if two or more persons have made an invention independently of each other the priority right belongs to the first to file.

Modification and re-examination of patents

Does the patent office provide procedures for modifying, re-examining or revoking a patent? May a court amend the patent claims during a lawsuit?

An ex parte post grant modification of national patents is not provided for by the Greek law. Modification is only allowable in the case of European patents upon issuance of a 'decision to limit' in accordance with the relevant rules of the EPC. In such a case the modified translation of the patent must be submitted to the Greek Patent Office within three months of the date of publication of the aforementioned decision in the EP Bulletin. A national patent can be modified by a decision of the competent civil court within the framework of a partial nullity action brought before the same by a third party, in which case the patent can be restricted to the extent requested. Re-examination of granted patents is not provided for by the law.

How is the duration of patent protection determined?

National and secret patents enjoy a 20-year protection and must be renewed annually. Patents of addition expire simultaneously with the main patent. During its life, a patent of addition may be made independent, upon a relevant request to the Greek Patent Office. In such a case, the duration is extended to 20 years from the day following the date of application for the grant of the patent of addition, provided that all annual fees are duly paid. Patents covering medicinal and plant protection products may be extended for a period up to five years from expiry thereof by way of a supplementary protection certificate (SPC), provided that the relevant legal requirements are satisfied. The option of obtaining a six-month extension of an SPC for paediatrics is also available where the relevant legal conditions are met.