Trademark Licensing in Canada: Everything You Need to Know You Can Learn From The Hells Angels 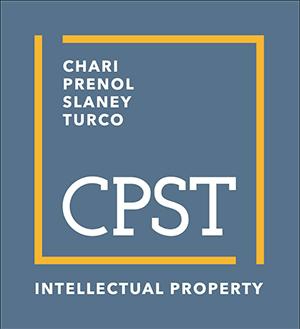 One phrase most lawyers (and people in general) have likely never uttered is “you should be more like the Hells Angels”.  However, an exception may be available when it relates to trademark licensing.  A recent decision related to civil forfeiture of property allegedly connected to proceeds of crime provides an instructive look at how trademark owners should structure their license arrangements in Canada.

The case related to an action for civil forfeiture of certain properties owned by three chapters of the Hells Angels Motorcycle Club in British Columbia.  The proposed forfeiture was based on the premise that the properties were acquired directly or indirectly from the proceeds of unlawful activity.  Among the items for which forfeiture was sought were various paraphernalia which displayed trademarks owned by the Hells Angels Motorcycle Club (“HAMC”).

For the uninitiated, the Hells Angels is a motorcycle club with local chapters in 56 countries worldwide.  The Hells Angels is considered an organized crime syndicate by the United States Department of Justice.  Among the defining features of the club is that members generally ride HARLEY-DAVIDSON motorcycles and wear vests or jackets which bear a detailed skull with an aviator’s cap, known as the “Death Head”, on the back.

In the above-noted decision, the British Columbia Court noted that HAMC is a not-for-profit entity with no issued shares. Its only assets are various HELLS ANGELS trademarks (including Death Head) of which it is the registered owner. Its main purpose is to protect those trademarks.  Importantly, in this case, HAMC was the licensor of the marks used by the three chapters.  In assessing whether the “paraphernalia” could be subject to forfeiture, the Court discussed, in some detail, the licensing regime established by HAMC.

The Law on Trademark Licensing in Canada

Under Canadian law, a trademark is generally valid only if it is distinctive of its owner – that is, where the mark designates a single source to the consumer. However, it is common for trademark owners to capitalize on the goodwill that has been built in their trademarks by licensing the marks to third parties. This raises the possibility of an erosion of distinctiveness.

This possibility is addressed by section 50 of the Trademarks Act. Section 50 provides that the use of a trademark by a licensee is deemed to have the same effect as use by the owner of the trademark, provided that the owner maintains and exercises direct or indirect control over the character or quality of the goods or services in association with which the mark is used.

Section 50 further provides that, if public notice is given both of the fact that the use of a trademark is a licensed use and of the identity of the owner, it is presumed, unless the contrary is proven, that the use is licensed by the owner of the trademark and the character or quality of the goods or services is under the control of the owner.

Section 50 therefore preserves the distinctiveness of a licensed mark by attributing any use of the mark to only one source, namely, to the owner of the licensed mark.

One of the basic requirements of the licensing regime in Canada is that a trademark must be used by someone licensed “by or with the authority of” the owner. This applies even where the licensor and licensee are related parties, for example a licence between a parent corporation and a subsidiary.  The Trademarks Act does not require the licence to be in writing, nor does it specify a particular form for such agreements. However, a written licence will make it easier to prove its existence if legal proceedings arise, as is often necessary with oral and implied agreements.

Control over the character or quality of the goods and services provided by a licensee is key to any proper trademark licence in Canada. The failure to allow for, or maintain, such control may lead to invalidation or expungement of trademark rights within Canada.

The Trademarks Act does not specify what a trademark owner must do to exercise control over the use of its trademark. Control is normally exercised by the trademark owner: (i) defining a standard governing the character and quality of the goods and services offered by a licensee in association with the trademark; and (ii) monitoring and enforcing compliance by the licensee with the standard.  It is impossible to define exactly what type of, and how much, control is needed to satisfy the requirement. The nature of the business, the goods or services, and customers’ expectations are all relevant considerations.

Granting an irrevocable licence tacitly relinquishes the owner’s right to exercise control over the character or quality of the goods or services associated with the trademark. To avoid this result, an owner should include a provision in any licensing agreement specifying that the owner maintains the right to terminate the licence if the licensee fails to abide by the agreed-upon standards or to respect the owner’s inspection rights.

What then can trademark owners learn from the Hells Angels?

The Court found that HAMC licenses its trademarks to each of its local chapters by a written agreement. Individual members of each chapter must also sign licence agreements.  As noted above, while an oral licence is acceptable in Canada, a written licence is obviously preferable from an evidentiary perspective.  The absence of a written licence agreement often results in the difficult task of defining the parties’ intentions, and the other terms of the agreement, with a view to determining whether the requisite control by the licensor has been satisfied. A related difficulty may be proving which parties entered into the oral agreement and when.

In terms of control, the HAMC requires local chapters and individual members to follow a strict set of rules related to personal conduct, the types of motorcycles members must own, the manner in which members and chapters interact with one another, and the image they portray to the public. Members can be expelled for, among other things, breaching the rules or other “conduct unbecoming a Hells Angel”.

HAMC also strictly controls how local chapters and individual members can use its trademarks.  For example, members must all use the same style of patch depicting the Death Head.  HAMC also forbids any member from posting its trademarks on social media, ostensibly to prevent unauthorized copying.  Further, HAMC does not knowingly sell, or allow the use of, any of its items bearing its trademarks to or by non-members.

In terms of monitoring and enforcement, the Court found that members who fail to abide by these standards are “held accountable”.  This could include the non-complying member being spoken to or, as one witness put it, “this or that”.  Failure to follow the standards can also include being expelled as a member, and the termination of the right to use the licensed trademarks.

The Court found substantial evidence supporting the proposition that the Hells Angels, as an organization, does not tolerate the use of its trademarks by those who are not authorized to use or wear them.  The many minutes of meetings at the regional, national and world level adduced in evidence were replete with concerns related to the unauthorized possession of trademarked items by those who are not Hells Angels members.

The loss of any trademarked items by a member will also have serious consequences for that member who must take all necessary steps to regain their possession. For example, the Court found at least one instance where an individual member was directed to “take care” of an individual who had stolen the member’s vest and was wearing it while engaged in criminal acts.  The Court found that unauthorized possession may also result in referral to the HAMC for legal action.

The Court also found that when a member retires, or is expelled by his chapter, he must return all trademarked items he has been entitled to possess.  This included having certain modifications made to any tattoos a member has which depict a HAMC trademark.  For example, modifications may be required to show that the member is no longer a member and therefore not a current licensee of the trademarks.

The Court did not comment, and there was no discussion of any evidence, of any trademark notice being used by licensed chapters or members.  It is generally good practice for licensors to require a licensee to adopt a public notice indicating that its use of the trademark is licensed and, if possible, setting out the name of the trademark owner.  This will enable a licensor to take advantage of the presumptions of Section 50 regarding control.

While the case law in Canada indicates that the courts are willing to provide some leeway, the following is a checklist of practical tips that prospective licensors should consider: