The Power and Penumbra of Unfair Advantage

Powercell owned the following registrations at issue in these proceedings:

Duracell relied on sections 5(3), 5(4)(a) and 3(6) in its application for invalidity based on 7 earlier trade mark registrations, including EUTM no. 146670 for electrochemical cells and batters, battery testers, power monitoring and control devices in class 9 for the sign copied below (the “earlier EUTM”). 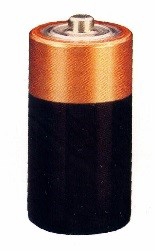 Duracell filed evidence to establish that it has a reputation for batteries. This included extensive annual turnover, extensive marketing and promotional investment, as well as evidence regarding the black and copper colour scheme used in its marketing collateral.

Powercell admitted that it was aware of Duracell and its brand and accepted its reputation in relation to batteries. Powercell’s witness explained that when he chose the designs he had no idea that Duracell was entitled to prevent others from using designs similar to the Duracell brand in relation to goods that are entirely unrelated to batteries.

The Hearing Officer (“HO”) noted that the DURCACELL word mark has been used on a substantial scale in the UK in relation to batteries for over 50 years and has consistently borne the black, copper and silver colour scheme as depicted in the earlier EUTM. This colour scheme has been consistently visible at the point of sale and promoted via Duracell’s extensive marketing campaign. Whilst the earlier EUTM had been used in conjunction with the word mark DURACELL, the HO nevertheless conceded that it had acquired a substantial reputation in the UK for batteries, which also qualified as a reputation in the EU. The nature of that reputation was found to be one of long lasting energy and endurance.

The HO then went on to consider whether the public would make a link. She found that there is notable visual similarity (despite the additional word elements POWERCELL, the + symbol, and LIQUID ENERGY), particularly given the colours used in the 667 mark and the relative proportions of those colours. Also, notional and fair use of the 190 mark (registered in black and white) could include use in the colours black and copper.

Duracell drew on the fact that Powercell had actually admitted that it was aware of Duracell’s mark and had it in mind when it developed its own mark, citing Jack Wills Limited v House of Fraser (Stores) Limited [2014] EWCH 110 (Ch) which previously held that “the defendant’s conduct is most likely to be regarded as unfair where he intends to benefit from the reputation and goodwill of the trade mark”.

Further, Duracell’s reputation of long lasting energy and endurance was clearly relevant to Powercell’s energy drinks since consumers would believe that the drinks would enhance their energy levels or endurance. The result being that Powercell’s association with Duracell would give more custom and make its job of marketing its goods easier. The claim of unfair advantage under section 5(3) therefore succeeded.

The HO dismissed the claims of tarnishing and blurring under section 5(3). Duracell had not shown how the economic behaviour of its consumers would change and regarding tarnishing, there was no evidence to suggest that Powercell has a negative reputation for providing poor quality goods and there is nothing inherent in its goods that may cause a negative reaction.

In the interests of procedural economy, the bad faith ground was not dealt with.

Referring to Harrods Limited v Harrodian School Limited [1996] RPC 697, the HO found that in the absence of a common field of activity it is difficult to establish misrepresentation, the second of three elements essential to a claim for passing off. Given the differences between batteries and Powercell’s drinks, together with variations in the marks as a whole, the HO concluded that consumers would not be deceived or confused. The passing off claim was therefore dismissed.

This is a rare case in which a brand owner has managed to bring an unfair advantage case successfully notwithstanding the dissimilarity in the goods at issue. This can only be good news for brand owners. However, this case is unlikely to open the floodgates to increasing volumes of unfair advantage cases based on dissimilar goods and services. The particular facts and circumstances of this case weighed in Duracell’s favour. Powercell certainly did not do itself any favours by conceding that it was aware of Duracell in the conception of its design. Also, had the Powercell mark not clearly referred to a battery device, i.e. the precise goods for which Duracell enjoyed a reputation, then it may have been harder to establish the necessary ‘link’ in the mind of the consumer, which is crucial for successfully bringing reputation-based claims.