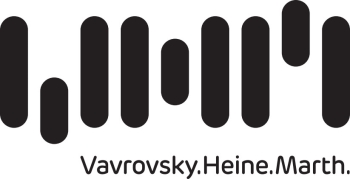 What constitutes bodily injury under a standard CGL policy?

Commercial general liability (CGL) policies typical to the Austrian market usually define bodily injury as including death, injury and damage to health and all consequences of these health impairments, such as medical expenses, loss of earnings, pension entitlements and compensation for pain and suffering.

What constitutes property damage under a standard CGL policy?

Property damage, on the other hand, usually includes the destruction or damaging of a thing and the manipulation of the physical substance resulting in a reduction of serviceability. As with bodily injury, the financial consequences of these impairments are also covered (consequential pecuniary losses).

What constitutes an occurrence under a standard CGL policy?

Most CGL policies define the occurrence of an insured event as an incident in connection with the insured risk. That is, the event directly causing the bodily injury or property damage for which the policyholder, other insured companies or their staff are or could be liable.

How is the number of covered occurrences determined?

Most CGL policies not only limit the maximum insurance payout per occurrence and in total per period of insurance but also contain a clause on serial loss. The latter deems multiple claims stemming from one and the same cause as one single occurrence (see ‘Update and trends’).

As indicated above, there are no statutory provisions defining when a certain event triggers insurance cover in a standard CGL policy. Therefore, only the policy itself and the corresponding insurance conditions determine when the insurer is required to provide cover (if and insofar as the insurance conditions withstand judicial review; see ‘Ambiguities'). The trigger most commonly stipulated by CGL policies on the Austrian market is the actual occurrence of loss, while the claims-made principle, for example, is more common for D&O policies (see ‘Directors’ and officers’ insurance: Scope’).

How is insurance coverage allocated across multiple insurance policies?

When determining the allocation of coverage, two scenarios must be distinguished.

The first scenario encompasses cases when the insurer is, at least initially, unaware of the additional supplementary or overlapping coverage taken out with another insurer. In Austria, these situations are referred to as double insurance. The second scenario concerns cases when the insurer decides against insuring the risk on its own but rather opts to allocate the insured risk between multiple insurers, each bearing the liability pro rata. The insurers will then designate one lead insurer while the remaining insurance companies involved act as co-insurers.

While, when it comes to drafting the relevant provisions, the parties involved are relatively free as far as the co-insurance scenario is concerned, relevant case law and a number of statutory rules and requirements must be observed regarding double insurance. In this context, the Austrian Insurance Contract Act stipulates, inter alia:

Insurers are well advised to include subsidiarity clauses in their respective insurance conditions to avoid, to the degree possible, the downsides of double insurance scenarios. In effect, these subsidiarity clauses provide that an insurer is merely liable on a secondary tier. This means that coverage must be granted only when the insured amounts of all policies taken out before the conclusion of the policy at hand are already used up.

Double insurance scenarios are common, for example, in the area of D&O insurance (eg, when an insured person is also insured under criminal defence insurance or general legal expense insurance).