Aces of the skies - the patent dogfight between DJI and Autel

DJI is one of the world’s largest drone manufacturers, holding nearly 77% of the market share for consumer drones in the US and backed by nearly 500 live patents in the country. So it came as a surprise that on 2 March 2020 a Chief Administrative Law Judge of the United States International Trade Commission (USITC) determined that many of DJI’s products, including the Mavic Pro, Mavic Pro Platinum, Mavic 2 Pro, Mavic 2 Zoom, Mavic Air, and Spark, should be barred from the US market for infringing on the patent of a smaller rival company, Autel. 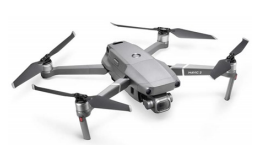 Figure 1: DJI's Mavic 2 Pro drone, among the models that could be barred from the US

The battle so far

As of this article’s writing, DJI has 343 granted utility patents and 158 granted design patents in the US. In comparison, Autel has only 37 granted utility patents, 41 granted design patents, and 91 pending applications in the US. Legal disputes between DJI and Autel began in August 2016, when DJI filed a patent infringement suit against Autel and alleged that Autel had wilfully copied DJI’s designs. This initial dispute eventually led to Autel striking back with a complaint made to the USITC in 2018 that DJI was infringing three of Autel’s patents: US 9,260,184 B2 (rotor locking mechanisms), US 7,979,174 B2 (sensor-based speed control), and US 10,044,013 B2 (clamping removable battery pack).

Figuge 2: Patent publishing trend for drone technology in the US

While the USITC investigation was proceeding, DJI was also engaging the US Patent Trial and Appeal Board (PTAB) to challenge the claims of all three of Autel’s patents. By 21 May 2020, DJI had won three victories in a row, as the PTAB had found each patent’s relevant claims unpatentable. DJI informed the USITC, giving strong support to their petition for review of the final initial determination.

As of 9 June 2020, the USITC has decided to review certain aspects of the final initial determination, most importantly their determination that selected DJI products infringe upon the ‘184 patent. They are upholding their decision that none of DJI’s products infringe on the ‘174 or ‘013 patents, despite Autel’s petition, which is another victory for DJI. The deadline for the conclusion of the investigation has been extended from 2 July to 10 August 2020.

The threshold for the PTAB to invalidate the claims of a patent is quite high, so for DJI to succeed across the board is quite impressive. The original scope of each patent and the PTAB’s reasoning for invalidity is summarised below:

This patent was granted in 2016 and protects a multirotor drone where the rotor blades are releasably attached to their driveshafts, clockwise rotor blades engage to their respective shaft with a clockwise locking mechanism and anticlockwise blades with an anticlockwise mechanism using notches on the shaft lock that engage with lugs on the blade lock.

DJI’s first argument to the PTAB was that the claims 1 and 2 of this patent were anticipated by a user manual for the Microdrones md4-200 drone, which discloses detachable clockwise and anticlockwise rotors as well as knobs to avoid accidental misplacement when mounting, equivalent to the shaft lock and blade lock of the Autel patent. Autel argued that this manual was not publicly available before their priority date, but DJI used testimony from a drone enthusiast to show that the product with manual was in fact publicly available in 2009, four years before priority of the ‘184 patent. DJI also presented some other drone models as prior art disclosing features of the dependent claims such as foldable arms, and the PTAB agreed that the claimed invention was obvious in light of the prior art.

US7979174B2 - Automatic planning and regulation of the speed of autonomous vehicles:

This patent was granted in 2011 and protects a drone with speed planning and control capabilities for setting and following a desired speed based on sensor readings.

This patent was granted in 2018 and protects a multirotor drone with a battery assembly that detachably clamps into a compartment using a claim button and a restorable elastic piece.

DJI argued to the PTAB that the claimed invention was obvious in light of prior art, notably including its own Phantom 2 user manual. DJI also argued that some dependent claims were indefinite, and the PTAB agreed all claims were unpatentable.

On 13 May 2020, Autel’s attorneys, Steptoe, were touting their victory over DJI at the USITC trial. A week later and the PTAB decisions led DJI’s attorneys, Finnegan, to express confidence that ‘the Commission is unlikely to enforce any exclusion order or cease-and-desist order based on the three invalid patents.’ Given the decisions made by the PTAB, DJI does look to be in a strong position to reverse the determination of the USITC judge to ban some of its products from sale. Although the USITC has decided to review the initial determination and is taking into account the decisions of the PTAB, it is also maintaining its determination that claims 1 and 2 of the ‘184 patent are not invalid as anticipated or obvious. This leaves Autel with a fighting chance of successfully arguing that these claims are still infringed by at least some products.

Before the USITC reviews its final initial determination, both parties have been invited to submit arguments regarding the significance of the PTAB finding the ‘184 patent claims unpatentable and additional details of how DJI might be infringing this patent. Arguing against the decision of the PTAB could prove challenging for Autel. Submissions are due by 24 June 2020 and any responses by 1 July, but the final decision of the USITC’s full committee might not be known until 10 August, which is the new deadline for completion of the investigation.