The American Civil Liberties Union (ACLU) is taking on Chili’s. No, it’s not because a server added to salt to a margarita when a customer specifically asked for no salt (this happens to me a lot), and it’s not because there were not enough jalapeños on the nachos.

Rather, the ACLU recently filed a Charge of Discrimination with the Equal Employment Opportunity Commission (EEOC) because, it alleges, a district manager out in Phoenix discriminated against an employee on the basis of sex—the employee allegedly did not conform to sex stereotypes.

Culling from the employee’s own blog posts, the Daily Beast explains that the employee, Meagan Hunter, worked at Chili’s for nearly two years as a server. She started a new management training program when her manager encouraged her to apply. Hunter attended an informational seminar for a management training program wearing a buttoned up dress shirt, slacks, and “boat shoes.” (#SMH on the boat shoes but Google tells me they’re kind of like topsiders.) This was an outfit she said she felt confident in and one she’d seen male managers wear to work. She wanted to be a manager so she dressed like a manager. She also wears her hair cropped quite short and is open about her sexual orientation—she is a lesbian.

After the seminar, Hunter’s manager allegedly told her that his supervisor—the district manager—didn’t approve of her choice of clothing. 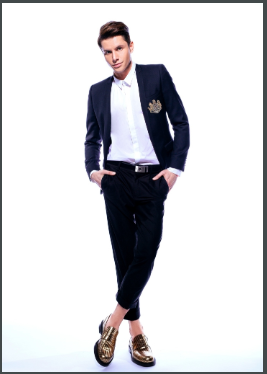 Then, Hunter claims that the district manager later interviewed her to become a shift leader but allegedly said (via her manager) that she would only be able to be considered for the promotion if she wore more “gender appropriate” clothing.

She quit over the incident, which Chili’s denies vehemently, stating: “Feedback was given to her about our manager dress code guidelines, which apply to all managers regardless of gender identification or sexuality, but absolutely no mention was made of any need to conform to gender-specific clothing.”

Right now, these remain allegations, but let’s look at the law, shall we?

What’s The Big Deal About a Dress Code?

Dress codes are generally fine—unless they are used to force employees to conform to sex stereotypes.

Title VII of the Civil Rights Act of 1964 (Title VII) prohibits sex discrimination, i.e., discrimination “on the basis of” sex. As of today, Title VII does not provide workplace protection specifically on the basis of sexual orientation or gender identity. Those terms are not in the federal law. Neither is “sexual harassment.” Just sayin’.

Anyway, as Rich Cohen and I have written about, here, here, and here, federal appeals courts are divided about whether Title VII prohibits sexual orientation and gender identity discrimination since these are not explicitly protected classes in the text Title VII.

However, discrimination on the basis of gender stereotypes, i.e., how a person should look, dress, and act, is illegal. As SCOTUS (the U.S. Supreme Court) ruled in the seminal case Price Waterhouse v. Hopkins :

an employer who acts on the basis of a belief that a woman cannot be aggressive, or that she must not be, has acted on the basis of gender…An employer who objects to aggressiveness in women but whose positions require this trait places women in an intolerable and impermissible Catch-22: out of a job if they behave aggressively and out of a job if they do not. Title VII lifts women out of this bind.

Thus, in Price Waterhouse, SCOTUS condemned sex stereotyping as a form of sex discrimination finding that allegations of gender identity and transgender discrimination based on non-conformance with gender norms and outdated stereotypes necessarily involve sex discrimination. Similar to this alleged situation with Ms. Hunter, Ann Hopkins had been denied partnership on the grounds that she didn’t dress and behave femininely enough.

As my partner Eric Meyer wrote about here, the 2d Circuit recently took this same Price Waterhouse approach in Zarda v. Altitude Express when it ruled that the district court correctly determined that an employee was fired just because of her failure to conform to sex stereotypes, in violation of Title VII, and stated that:

…It is analytically impossible to fire an employee based on that employee’s status as a transgender person without being motivated, at least in part, by the employee’s sex.

The Sixth Circuit held the same was true in EEOC v. R.G. &. G.R. Harris Funeral Homes, Inc., concluding that “[D]iscrimination against employees, either because of their failure to conform to sex stereotypes or their transgender and transitioning status, is illegal under Title VII.” 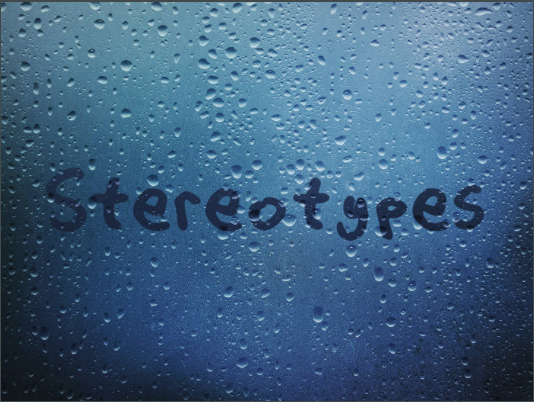 Employers certainly have the right to impose dress codes or require employees to wear uniforms. But, a dress code can’t impose an unequal burden on workers because of their sex (other protected status) under Title VII, and managers can’t sex stereotype when making decisions that affect an employee’s terms and conditions of employment. While SCOTUS has been poised to hear one or all of these federal court decisions and expressly state that sexual orientation and/or gender identity is or is not sex discrimination, it has not done so yet (though about half of the states human rights laws prohibit employment discrimination on the basis of sex).

What is clear: sex stereotyping is illegal. Don’t do it.