European Court of Justice Strengthens Protection Against Discrimination in the Workplace. 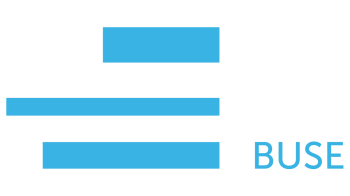 In many parts of society, discrimination is a recurring problem. This is not any different in the workplace. If this occurs, the employer is responsible. They have to do everything they can to end discrimination against employees, as the European Court of Justice (ECJ) has confirmed in a recent ruling.

Discrimination happens when people are underprivileged or demeaned because of

The General Act on Equal Treatment (Allgemeines Gleichbehandlungsgesetz, AGG) is intended to prevent discrimination. It applies not only to existing employment contracts, but also to employment ads and staffing.

An Italian lawyer had to learn that discrimination can also take place when a job is not advertised at all, but potential candidates are disadvantaged in advance by the employer. On the radio, he had stated that he would not employ homosexual applicants in his law firm.

The statement made waves. An association of lawyers who defend the rights of homosexuals, bisexuals, transgenders or intersexuals in court took legal action. Their reasoning was that the statement discriminated against sexual orientation. Consequently, they sued the lawyer for damages. The lawsuit was successful in the first two instances and eventually ended up before the ECJ.

The ECJ clarified in its ruling of April 23, 2020 that homophobic statements made by a potential employer were discriminatory even if they did not specifically refer to a particular applicant (Ref.: C-507/18). If homophobic statements are made by a person who has a decisive influence on the recruitment policy of an employer, they constitute discrimination in employment. This is what the judges formulated in their judgement. A restriction of the freedom of expression was also to be accepted here, as it resulted directly from the Directive on Anti-Discrimination.

According to the Anti-Discrimination Directive, an association as in the proceedings does not mandatorily have a right of action. But if there were respective national regulations to prevent or penalize discrimination, these actions would also be admissible. This would also apply if no specific wronged party can be identified, the ECJ stated.