A design infringement suit demonstrates not only why it is worth patentees moving fast to secure evidence but also that, with the right strategy, it is possible for foreign patentees to protect their design patents in China quickly and efficiently.

Founded in 1999 by Axel Meise, Occhio is one of the most innovative companies in the lighting industry and the market leader in Germany when it comes to premium design lighting.

In October 2021, Occhio became aware that an English website owned by Chinese company CANCO was offering a ceiling lamp that was almost a carbon copy of its Chinese design patent ZL201630237030.4, which is owned by Alex and Susann Meise (pictured below). 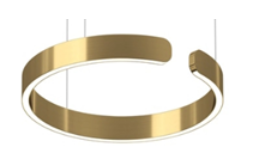 This design won several design awards in Germany and the product was of high value. After preserving the online evidence, Occhio immediately reached out to the website owner and learned that the supplier was actually a factory named WAN RUI, based in Zhongshan City (Guangdong province).

On 15October 2021, Occhio's exterior counsel paid a visit to WAN RUI and observed the sample of the copycat (below). 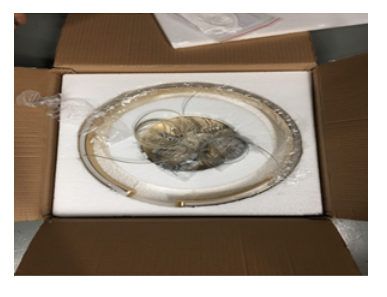 It then organised mobile notarisation onsite and placed an order for a sample purchase. In November 2021, Occhio's counsel again visited the factory and made another notarised purchase of the sample. In December 2021, a civil lawsuit was filed at the Guangzhou IP Court against WAN RUI on the grounds of design patent infringement.

After examining Occhio's complaint, the court offered an alternative dispute resolution approach, namely the pre-litigation mediation procedure. Aiming to quickly settle the matter while keeping costs low, Occhio agreed to this arrangement. The court then designated a professional mediator. After online communication with both parties, the mediator organised online mediation in February 2022. On 16February both parties signed a settlement agreement and WAN RUI paid the damages immediately. According to the settlement, WAN RUI admitted design infringement and paid Rmb70,000 in damages. WAN RUI and its legal representative also undertook to pay Rmb1 million jointly in the event of repeat infringement.

The design patentee’s lamps enjoy a high reputation in the international market and these copies seriously harmed its reputation and eroded its market share. Facing numerous infringers, Occhio needed to act quickly and for a reasonable cost. In light of the heavy workload of the Guangzhou IP Court and the strong evidence of infringement, it agreed to the pre-litigation mediation arrangement, leveraged the procedure to quickly settle the dispute with the infringer and made the infringer undertake to pay punitive damages in the event of repeat infringement. It took only four months to settle the dispute, testament that the tools are in place for foreign patentees to efficiently enforce their design patents in China.