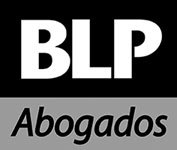 Last December 1st, 2015 a bill containing a new Civil Procedural Code (CPC) was approved by the Costa Rican Congress. This new procedural statute will enter into force 30 months following its publication in the official bulletin. The new statutory rules seek to improve the speed and efficiency of civil and commercial proceedings, by adopting oral hearings, in substitution of the written pleading system that has traditionally existed in our jurisdiction.

Full-discovery proceedings will be handled in two hearings, i.e. a preliminary and a discovery hearing. However, certain abbreviated processes may be conducted through a single hearing, or such hearing may be even dispensed with if deemed unnecessary at the judge’ sole discretion.

The existing legal remedies will remain basically unchanged, including the remedies for reversal, appeal, cassation, and judicial review. However, there is a new legal remedy known as “deferred appeal”, to all legal processes that don’t admit cassation court, such as ordinary large claims procedure. This remedy will apply where an appeal has been lodged by any of the parties during the evidentiary hearing, but the issue is deferred for the final judgment.

Some other innovations contained in the new CPC worth noting include the possibility of class actions, which allow any person to become a party on behalf of collective interests to assert diffuse interests. Class actions are inadmissible under the current legislation. Moreover, large claims will be heard by a bench of judges, while small claims ordinary processes will be heard by single-judge courts.