One Step Closer to Wind Energy in the Gulf of Mexico

The WEA's are slightly reduced compared to BEOM's initial proposal; the first two designated zones total 682,540 acres (2,762.14 km) within the Gulf of Mexico, whereas the initial proposal totalled 734,677 acres (2,973.12 km). The reduction resulted from the Department of Defense and the US Coast Guard's concerns regarding military operations, marine navigation, and shipping.

The WEA's are expected to produce enough clean energy to power approximately 3 million homes and located as follows: 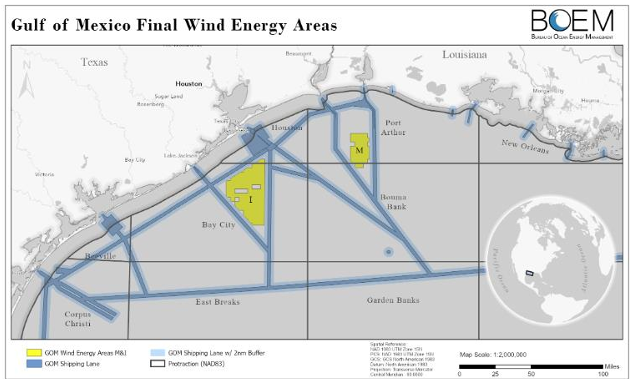 BOEM's next step in this process is to issue a proposed sale notice (PSN) for the sale of wind energy leases, with a 60- day comment period. The PSN is expected to be issued late 2022 or early 2023.