CTA rules that NewLeaf requires no licence - yet 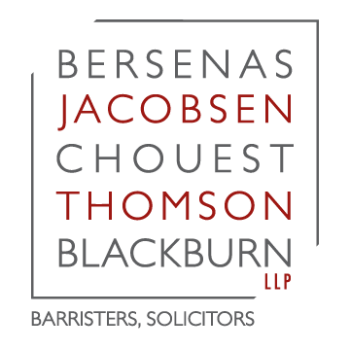 NewLeaf Travel Company Inc has been described as a Canadian 'virtual airline' and 'ticket seller'. Its business model is to sell ultra low-cost air services, primarily to secondary airports in Canada, in conjunction with Flair Airlines Ltd. As part of this arrangement, Flair provides the aircraft, crew and maintenance. It holds an air operator's certificate and a licence from the Canadian Transportation Agency (CTA).

NewLeaf has never held such designations. Indeed, NewLeaf does not own or operate any aircraft at all. Rather, its role is to sell tickets on services operated by Flair.

The CTA released its decision on March 30 2016, concluding that a licence was not required (In Re NewLeaf Travel Company Inc, CTA Decision 100-A-2016). The analysis started with a review of Section 57(a) of the Canada Transportation Act (SC 1996), which states that "no person shall operate an air service unless, in respect of that service, the person holds a licence issued under Part II of [the act]".

The term 'air service' is defined under Section 55(1) of the act as "a service, provided by means of an aircraft, that is publicly available for the transportation of passengers or goods, or both". The term 'operate' is not defined in the legislation.

Put differently, if NewLeaf's business model were caught under Section 57(a) of the act, NewLeaf would be subject to the full panoply of regulatory oversight found in the act, including tariff filing provisions, financial requirements and Canadian ownership regulations.

After considering the key statutory provisions, the CTA referenced to the changes made in Canada in the 1980s where the industry was significantly deregulated, which resulted in operational efficiencies that allowed for new approaches to the sale of air services, including the 'reseller model'.

The CTA then reviewed a number of its past rulings on various incantations of the reseller model:

In reviewing the history of the Greyhound situation, the CTA noted that it applied that approach to resellers of domestic air services only because the Air Transportation Regulations (SOR-88-58) explicitly require that the air carrier, not the reseller, have a licence for international air services.

The CTA also noted that 14 resellers held licences for domestic air services. To bring clarity to the situation, the CTA decided to use the NewLeaf model as a basis to initiate and internal review of "whether resellers are operating air services and are therefore required to hold a licence". As part of the process, the CTA held public consultations.

The CTA had two issues to decide:

On the first issue, the CTA applied the often-cited Supreme Court decision in Rizzo & Rizzo Shoes (Re) ([1998] 1 SCR 27) when interpreting what it means to 'operate an air service'. In essence, as stated by the CTA, Rizzo requires that, in interpreting statutory language, "the words are to be read in their entire context and in their grammatical and ordinary sense, harmoniously with the scheme of the legislation, the object of the legislation, and the intention of Parliament".

In applying these principles in this case, the CTA gave high regard to:

On the issue of the plain meaning and context of the statutory language, the CTA first noted that in drafting the act, Parliament explicitly refrained from requiring entities that do not operate aircraft to hold a licence. The CTA also observed that while Section 57 of the act requires the operator of an air service to hold a licence, Section 59 does not require a person selling that air service to be a licensee.

On the issue of the Canadian national transportation policy, the CTA noted, from Section 5 of the act, that the object of the legislation is to create and maintain "a competitive, economic and efficient national transportation system that meets the highest practicable safety and security standards". The CTA also found that regulation should, for the most part, be targeted to situations where market forces will not achieve the desired results.

On this aspect of its deliberations, the CTA concluded that the national transportation policy is served when a reseller does not have a licence, but the partner air carrier does.

On the issue of passenger protection, the CTA noted that the primary features of the act that accomplish this end are requirements that operators:

The CTA found that even if resellers are not required to comply with the above requirements, the public is still protected because the licensed air operator is required by the act to ensure that the above protections are in place.

Turning to the issue of Canadian ownership, the CTA found that if a reseller were ever to own or control a licensed Canadian air carrier, that carrier would no longer qualify for a licence – so the protection remains. Moreover, the CTA noted that non-Canadian charterers have operated in the market for decades, and that such charterers have been reselling services of Canadian air carriers for years without any government intervention.

Turning to the issue of 'holding-out' as an air carrier operating an air service, the CTA held that, to the extent that such activity occurs, a licence is required. The question then is how to determine whether a party is promoting itself as an air carrier. The CTA gave some examples of indicia of holding out:

The CTA warned that resellers that take a passive role in clarifying their involvement in the transportation being sold could be found to be 'operating an air service'.

The issue then became whether, applying the above considerations, NewLeaf required a licence from the CTA. In the course of the CTA's inquiry into this matter, the following facts were established:

Although submissions were filed by another air carrier opposing the application, the CTA found that NewLeaf was not considered to be operating an air service and therefore did not require a licence from the CTA. However, if NewLeaf were ever to purchase Flair, NewLeaf would have to comply with the usual licensing regime.