Switzerland once again named as the world’s most innovative country

The future of the global economy is uncertain. Growth is slowing and productivity is at a record low. Yet – on a positive note – the commitment to investments in innovation shows no sign of slowing, according to WIPO’s 2019 Global Innovation Index report. Both developed and developing countries are investing significantly in innovation, as seen by their R&D and patenting activity.

We have gone through WIPO’s 450-page report to bring you the top eight takeaways – including a special look at the life sciences.

1. Switzerland holds on to the number one spot as the most innovative country

This year Israel moved up in the rankings and is the first economy from the Northern Africa and Western Asia (NAWA) region to enter the top 10. China appears in 14th place and is the only middle-income economy ranked in the top 30. India is a notable mention on the list, coming in at 52nd. It continues to be the most innovative economy in its region and its most important gains from the past year are IP-related. 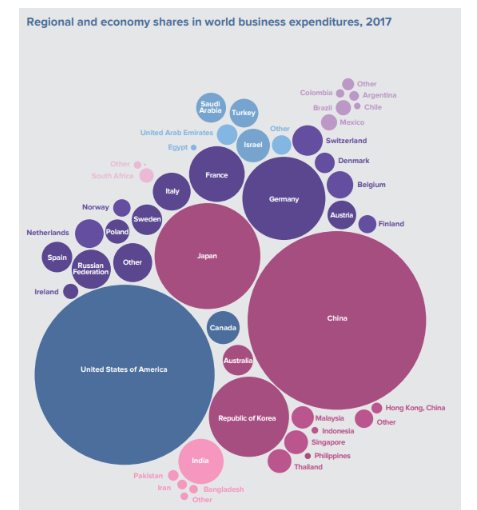 Global R&D spending has been growing faster than the global economy. In 2017, global government expenditures in R&D grew by about 5% while businesses’ R&D spending grew by 6.7%. This was the largest increase since 2011. In 2017, eight countries accounted for 82% of private sector R&D investments: the US, China, Japan, the Republic of Korea, Germany, France, the UK and India. China’s private sector R&D spending is fast on the heels of the US. 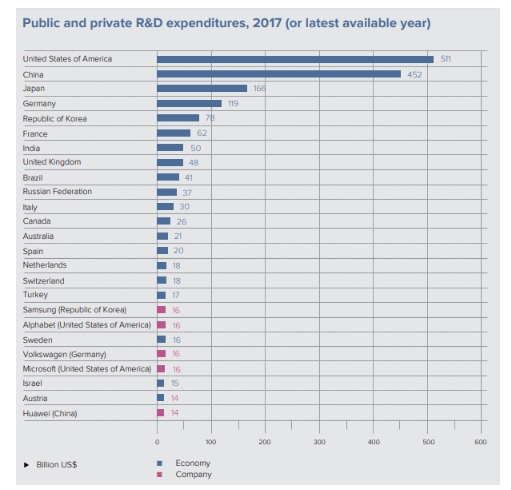 Some private sector companies have higher R&D spending than the government expenditures of a number of countries. Samsung, Alphabet, VW, Microsoft and Huawei invest either more or the same amount as some of the top economies in this ranking.

4. EU countries dominate the innovation index when it comes to quality

EU countries take five of the top 10 spots. The US has regained its ranking as number one, and for the first time Germany has claimed second place.

The improvement in the US’s performance is because of the quality of its scientific publications as well as the work of its top universities. When it comes to possession of patent families that are international in nature, it pales in comparison to Germany and several other EU countries.

China holds the number one spot for middle-income economies. It is the only one of these economies that is getting closer to competing with the high-income group across the indicators. It is worth noting that its score is heavily weighted towards its universities and is doing poorly when it comes to the patent metric.

5. The US and China host the most science and tech clusters 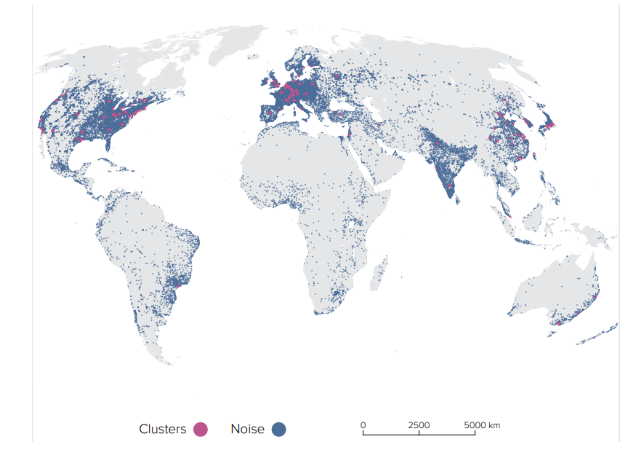 6. In life sciences, patenting of medical technologies is on the rise 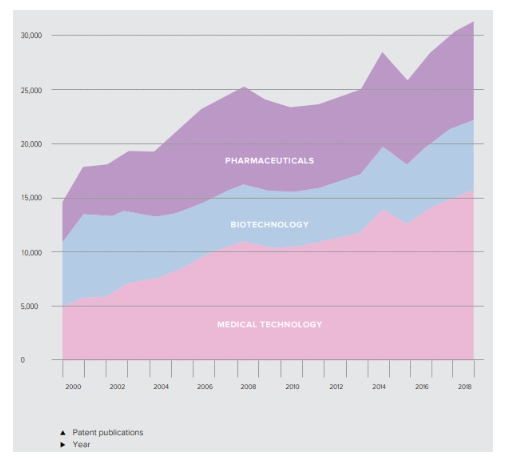 7. In life sciences, China has ramped up activity but is still behind the pack

Although China ranks highly for health-related patent filings, the most R&D-intensive health firms are still in Europe and the US. The top pharmaceutical patents are held by Switzerland, the UK and the US. The Netherlands and the US lead in medical technology patents, while Switzerland and the UK are in possession of the most biotech patents.

The geography of medical innovation is indeed shifting though, moving towards emerging economies such as China, India and Mexico. 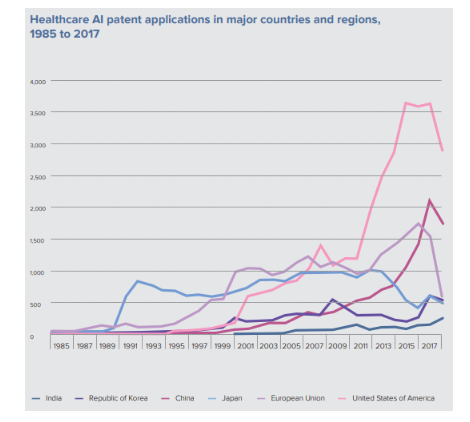 China is a prolific filer of AI-related patents. Since 2010 China’s patent filings relating to healthcare AI have skyrocketed. It became the second largest healthcare AI applicant in 2016, surpassing Japan and the EU. Medical diagnostics and nursing/caring are its two most active fields, accounting for 29% and 28% of its filings respectively.

The data sourced in this article is from the WIPO Global Innovation Index 2019.