DOJ recently announced that it recovered over $2.8 billion from FCA cases in FY 2018. Although this number continues a multi-year downtrend in overall FCA recoveries, healthcare fraud remains a major DOJ focus, with $2.5 billion of the recoveries – 87.25%, the highest proportion in at least the past decade – coming from healthcare cases: 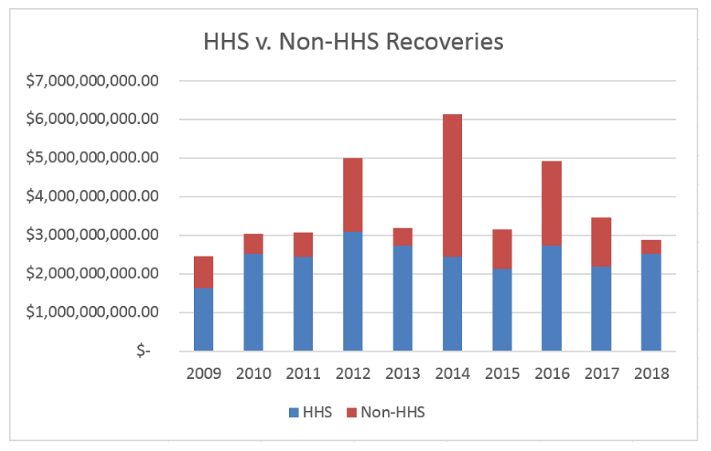 This $2.5 billion was extracted from various segments of the healthcare industry, including through major settlements with pharmaceutical and medical device manufacturers, hospitals, a physician association, and a wholesaler. That sum is the fifth largest annual healthcare recovery ever and second largest in the past five years. Of the $2.5 billion, $568 million was recovered in non qui tam actions, the second highest annual sum of healthcare recoveries ever from original actions.

DOJ’s announcement can be found here.