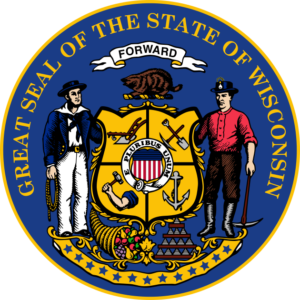 On January 19, 2018, a divided Wisconsin Supreme Court held that an employee non-solicitation covenant was overly broad and unenforceable under state law. In the decision, entitled The Manitowoc Company, Inc. v. Lanning, Case No. 2015AP1530 (Wisc. Jan. 19, 2018), the Court confirmed Wisconsin Statute §103.465, which governs covenants not to compete, extends to agreements not to solicit employees. Because the employee non-solicitation covenant did not meet the statutory criteria for valid non-competes, the Court held it unenforceable in its entirety, “even as to any part of the covenant that would be a reasonable restraint.”

Manitowoc is a manufacturing company that produces food service equipment and construction cranes. In 1985 Manitowoc hired John Lanning as a chief engineer in its construction crane division. Lanning held the position for approximately 25 years, until January 6, 2010, when he resigned his employment to become the director of engineering for one of Manitowoc’s direct competitors. At the time of Lanning’s resignation, Manitowoc boasted a global workforce of approximately 13,000 employees.

After joining Manitowoc’s competitor, Lanning admittedly participated in efforts by his new employer to recruit at least nine Manitowoc employees. In response, Manitowoc sued Lanning for violating an agreement he signed in 2008 that included a covenant not to solicit Manitowoc employees. Under that agreement, Lanning committed, for a period of two years following his separation of employment, to “not (either directly or indirectly) solicit, induce or encourage any employee(s) to terminate their employment with Manitowoc or to accept employment with any competitor, supplier or customer of Manitowoc.”

Based on Lanning’s acknowledgment that he helped recruit Manitowoc employees within two years of his resignation, the trial court ruled in Manitowoc’s favor and awarded the company a significant amount in damages, including over $1 million in attorneys’ fees. However, Manitowoc’s victory was short-lived, as the Court of Appeals of Wisconsin overturned the trial court’s judgment on August 17, 2016. In that decision, which we covered on our Blog, the court of appeals held that the employee non-solicitation covenant was overly broad and unenforceable under Wis. Stat. §103.465.

In its appeal to the Wisconsin Supreme Court, Manitowoc argued that Wis. Stat. §103.465 did not govern the covenant at issue and instead related only to traditional non-compete agreements. Manitowoc further argued that even if Wis. Stat. §103.465 applied to the employee non-solicitation covenant, the covenant was reasonably designed to protect the company’s legitimate interests.

Entitled “Restrictive covenants in employment contracts,” Wis. Stat. §103.465 provides that “[a] covenant … not to compete … is lawful and enforceable only if the restrictions imposed are reasonably necessary for the protection of the employer or principal.” The statute further states that “[a]ny covenant, described in this section, imposing an unreasonable restraint is illegal, void and unenforceable even as to any part of the covenant or performance that would be a reasonable restraint.”

Seizing on the statute’s express reference to covenants not to compete, and the absence of any reference to non-solicitation provisions, Manitowoc argued that the statute only covers traditional non-compete covenants. Lanning’s employee non-solicitation covenant did not use the words, “covenant not to compete,” and did not prevent him from accepting comparable employment with Manitowoc’s competitors.

Rejecting Manitowoc’s position as unduly narrow, the Court held that, viewed in its entirety, Wis. Stat. §103.465 is intended to cover any provision that constitutes a restraint of trade by restricting competition. The Court went on to identify types of agreements that could meet that threshold for coverage under the statute, including traditional non-compete agreements, non-solicitation agreements, non-disclosure/confidentiality agreements, and even “no-hire provision[s] between two employers.”

Applying the statute to Lanning’s employee non-solicitation covenant, the Court ruled that the covenant failed to meet the requirement that it be “no broader than is necessary to protect the employer’s business.” First, the covenant prohibited Lanning from encouraging Manitowoc’s employees to resign their employment for any purpose, even a non-competitive one such as retirement. Second, it restricted Lanning’s access to “any” of Manitowoc’s 13,000 employees, even those with whom he had never worked and about whom he had no unique knowledge or relationship.

Essentially, the purpose of the employee non-solicitation covenant was not simply to prevent Lanning from competitively exploiting personnel information and/or relationships he gained through his employment with Manitowoc, but to help Manitowoc maintain its entire workforce. Such purpose, according to the Court, “flouts the generally recognized principle that the law ‘does not protect against the raiding of a competitor’s employees.’”

Finally, Manitowoc argued that even if the employee non-solicitation covenant was unduly broad, the covenant was lawful to the extent that it prohibited the actual conduct in which Lanning was found to have engaged. The Court rejected that argument as well, noting that Wis. Stat. §103.465 does not permit judicial modification of overly broad restrictive covenants. “Our legislature … has declared that if an agreement imposes an unreasonable restraint, it is illegal, void, and unenforceable even as to so much of the covenant as would be a reasonable restraint.”

It bears noting the sharp disagreement among the Court’s majority regarding the appropriate scope of Wis. Stat. §103.465. Specifically, while three Justices concurred with the result of the lead opinion, they criticized the opinion for suggesting that the statute governed anti-competitive agreements between companies. They also disagreed with the lead opinion’s consideration of the employee non-solicitation covenant’s anti-competitive impact on non-parties to the agreement, including Lanning’s new employer and Manitowoc’s other employees. Based on a plain reading of the text, the concurring Justices argued that Wis. Stat. §103.465 governed only covenants between an employer and employee, that restricted the competitive activities of the party employee.

Notwithstanding such disagreements, Wisconsin employers should ensure that any restrictive covenant agreements between an employer and an employee are narrowly tailored to meet the conditions of Wis. Stat. §103.465. Further, as explained in our recent article regarding federal antitrust laws, employers should be extremely cautious about entering into anti-competitive agreements with other companies, regardless of the applicability of Wis. Stat. §103.465. Companies seeking to ensure their compliance with restrictive covenant and related laws are encouraged to contact a member of Jackson Lewis’s Non-Competes Practice Group for guidance.